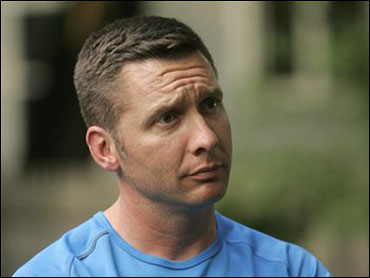 CAMBRIDGE, Mass. (AP) Supporters say the white policeman who arrested renowned black scholar Henry Louis Gates Jr. in his home is a principled police officer and family man who is being unfairly described as racist.

Friends and fellow officers - black and white - say Sgt. James Crowley, who was chosen by a black police commissioner to teach recruits about avoiding racial profiling, is calm and reliable.

"If people are looking for a guy who's abusive or arrogant, they got the wrong guy," said Andy Meyer of Natick, Mass., who has vacationed with Crowley, coached youth sports with him and is his teammate on a men's softball team. "This is not a racist, rogue cop."

Gates accused the 11-year department veteran of being an unyielding, race-baiting authoritarian after Crowley arrested and charged him with disorderly conduct last week.

Crowley confronted Gates in his home after a woman passing by summoned police for a possible burglary. The sergeant said he arrested Gates after the scholar repeatedly accused him of racism and made derogatory remarks about his mother, allegations the professor challenges. Gates has labeled Crowley a "rogue cop," demanded an apology and said he may sue the police department.

President Barack Obama elevated the dispute when he said Wednesday that Cambridge police "acted stupidly" during the encounter. Obama stepped back on Thursday, telling ABC News, "From what I can tell, the sergeant who was involved is an outstanding police officer, but my suspicion is probably that it would have been better if cooler heads had prevailed."

"I support the president of the United States 110 percent," he told WBZ-AM. "I think he was way off base wading into a local issue without knowing all the facts, as he himself stated."

Obama noted that he and Gates are friends, and the sergeant said: "I guess a friend of mine would support my position, too."

Cambridge Police Commissioner Robert Haas, in his first public comments on the arrest, said Thursday that Crowley was a decorated officer who followed procedure. The department is putting together an independent panel to review the arrest.

"Sgt. Crowley is a stellar member of this department. I rely on his judgment every day," Haas said. "I think he basically did the best in the situation that was presented to him."

But Massachusetts Gov. Deval Patrick, the first black man to hold his job, labeled the arrest "every black man's nightmare."

The governor told reporters: "You ought to be able to raise your voice in your own house without risk of arrest."

Crowley grew up in Cambridge and attended the city's racially diverse public schools. Two of his brothers also work for the police department and a third is a Middlesex County deputy sheriff.

For five of the past six years, Crowley has volunteered alongside a black colleague in teaching 60 cadets per year about how to avoid targeting suspects merely because of their race.

"I have nothing but the highest respect for him as a police officer. He is very professional and he is a good role model for the young recruits," said Thomas Fleming, director of the Lowell Police Academy.