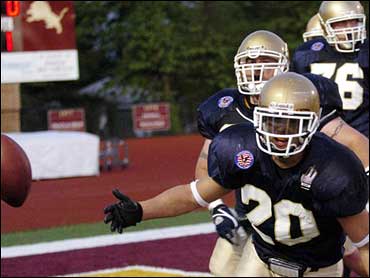 In a tragic case of mistaken identity, police shot and critically wounded an off-duty officer as he pointed a gun at a suspect outside a fast food restaurant early Saturday, authorities said.

The officer who pulled the trigger, identified only as a 20-year veteran of the force, was being treated for trauma at another hospital.

Hernandez had been in line at a White Castle restaurant in the Bronx shortly before 5 a.m. when he was assaulted by a half-dozen men, Bloomberg said. It wasn't immediately clear what sparked the fight, but it was captured on the restaurant's security camera.

A woman called 911 from White Castle, and Hernandez — with his gun drawn — ran into the parking lot after his assailants, Bloomberg said.

He apparently subdued one of the suspects, and when a patrol car arrived, was pointing his gun at a man on the ground.

One of the two officers in the car, apparently believing Hernandez was about to shoot, opened fire, Police Commissioner Ray Kelly said.

Hernandez, who joined the force in 2004, never fired his weapon, authorities said. He was shot in each leg and the abdomen and lost a lot of blood, Bloomberg said.

Kelly said police were questioning eight individuals about the shooting, including people who fought with Hernandez inside the White Castle.

It was believed to be the NYPD's first friendly fire shooting since Desmond Robinson, who wasn't in uniform, was shot in the back by an off-duty officer in 1994. Robinson had his gun drawn on a subway platform, and the officer mistook him for a criminal.

Fraud trial conviction could be "death knell" for Trump Organization
Thanks for reading CBS NEWS.
Create your free account or log in
for more features.
View CBS News In
CBS News App Open
Chrome Safari Continue
Be the first to know
Get browser notifications for breaking news, live events, and exclusive reporting.