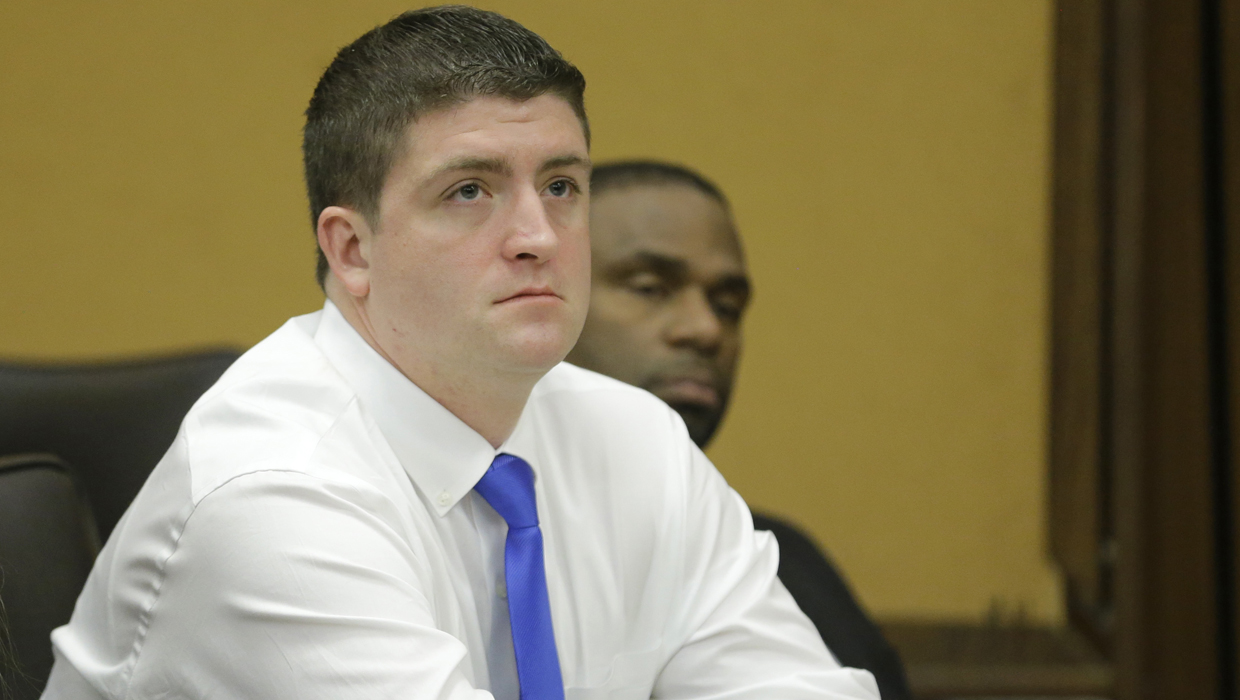 ROCKY RIVER, Ohio -- A Cleveland officer cleared in the fatal shooting of two people in a 137-shot barrage of police gunfire has accepted a plea deal for a reduced charge in a fight with his twin brother.

Thirty-one-year-old Michael Brelo was originally charged with assault for beating up Mark Brelo during an early morning brawl in suburban Bay Village, Ohio, on May 27, four days after his shooting trial ended.

Michael Brelo pleaded no contest Monday to disorderly conduct and was fined $125. Mark Brelo's misdemeanor charges are pending. His attorney declined to comment on the plea deal.

The patrolman remains suspended without pay despite being acquitted May 23 in the 2012 shooting of two unarmed suspects.

In that case, Michael Brelo was charged with two counts of voluntary manslaughter for firing 49 of the 137 bullets shot in November 2012 at Timothy Russell and Malissa Williams. Prosecutors said Michael Brelo fired 15 of those shots -- the final bullets fired -- through Russell's car windshield, while he stood on the hood of Russell's car.