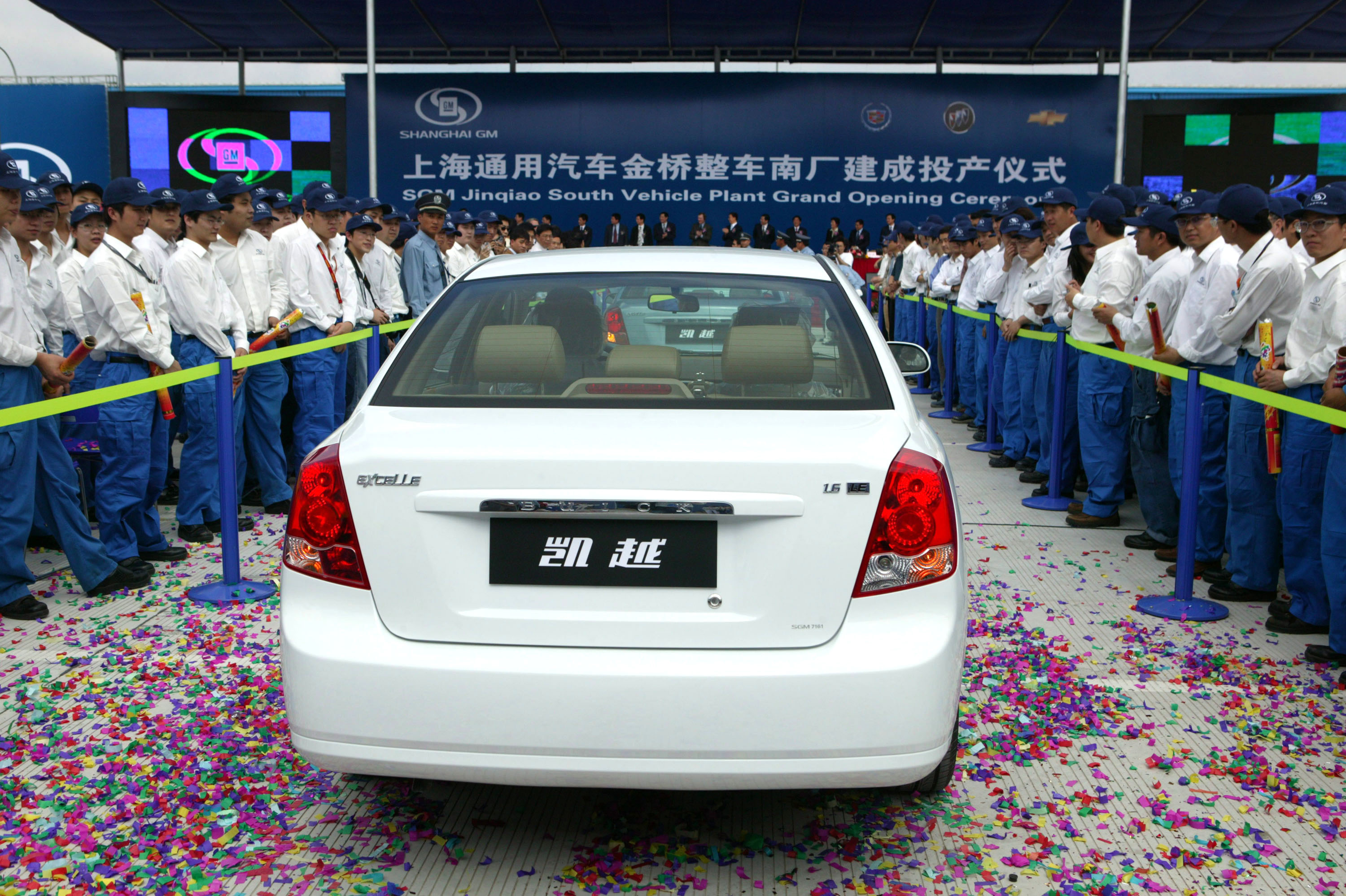 While American car manufacturers were facing an uncertain future in Detroit, record growth was occurring in China. Chinese car dealerships are actually moving more cars than anywhere on Earth, and a growing number of the vehicles are from American automakers.

American automakers view China as critical to future earnings and growth. So on a recent visit to China, CBS News business and economics correspondent Rebecca Jarvis got a look at how this important market does business -- from the manufacturer, to the dealership -- and witnessed firsthand how important the American brand is to the Chinese consumer.

At a car showroom in Shanghai, you'll find plenty of Chevy fans.

When Jarvis asked one potential buyer what they liked about a Chevy vehicle, the response was simply, "It looks cool."

And the cars are moving fast.

Kevin Wale, president and chief executive officer of General Motor's operations in China, told CBS News, "We're doing many of the same things in China that we've done in the rest of the world, but we're doing it five times faster."

China's economy grew by a robust 9.1 percent in the third quarter, and the growth is fueling demand for cars.

Last year, 16.6 million cars were sold in China -- five million more than in the entire United States -- a key reason GM says it must do business in Shanghai in order to remain competitive throughout the world.

GM produces three brands in China: Buick, Chevrolet, and Cadillac. Most popular is the Buick Excelle. GM sold more than 200,000 of them last year.

But as GM's business in China continues to grow, it doesn't necessarily mean more jobs will be created at home in the United States.

Wale said, "Our philosophy with GM is we largely build where we sell. So, we have excellent production facilities in the U.S. and in Europe and in China, in Korea. So we don't try to ship into those countries as a normal strategy."

China isn't just an attractive market because of its size. Local demographics and social norms have played a key role. Car buying is mostly done with cash.

Another difference between the U.S. and Chinese markets? Well, let's just say this isn't your father's, or even your grandfather's, Buick. The people who buy cars are younger. The average age of someone buying a Buick, for instance, is around 30 in China, compared to about 60 in U.S.

Niles Wang bought his Buick Lacrosse three years ago for about $33,000.

Wang said, "I like GM because they produced produce car for more than 100 years, longer than any other producers."

When asked if he ever planned to buy a Chinese-manufactured car, he replied, "I don't know. Not right now."

Chinese consumers like Niles have helped make GM the top selling car maker in his country. With 13 percent of the market here, it's back in the driver's seat, heading toward a more profitable future.

Wale says that, after GM filed for bankruptcy in 2009, it expanded its Chinese operation by 70 percent. He says that move had a lot to do with the company getting back on its feet.