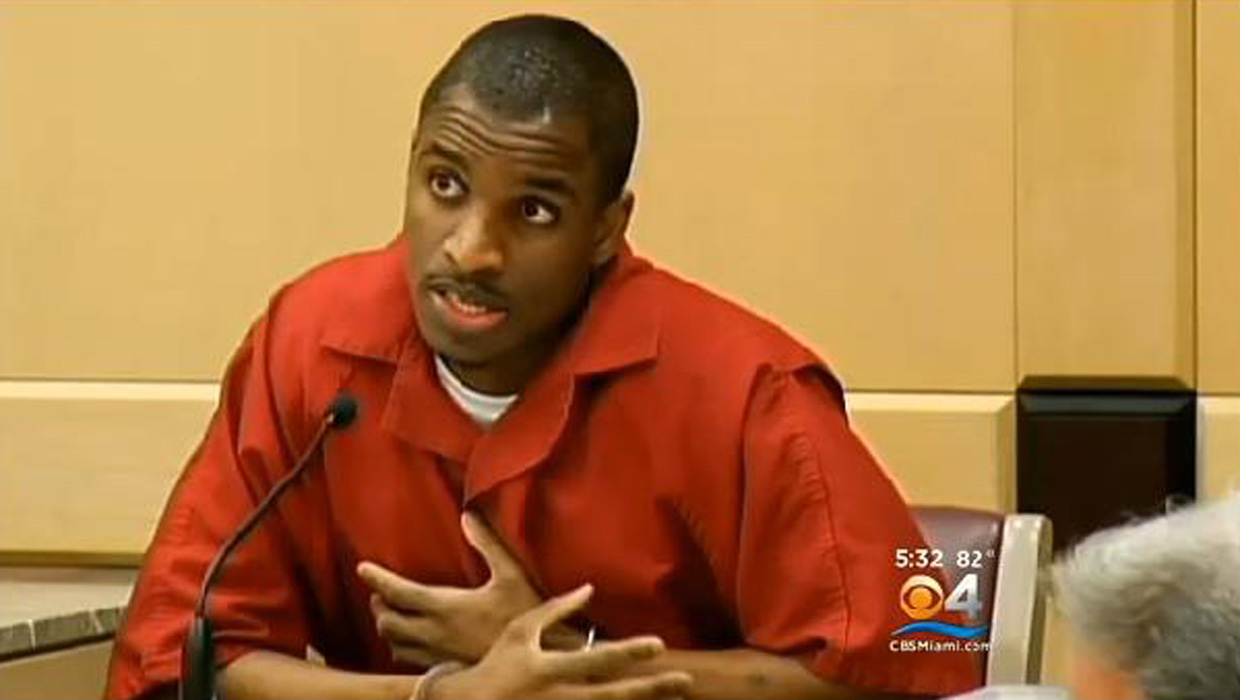 FORT LAUDERDALE, Fla. - A South Florida man convicted of murder was defiant in asking a judge to spare his life, reports CBS Miami.

Herard was also convicted of a string of violent robberies at a Dunkin Donuts in Tamarac that left 56-year-old Kiem Huynh dead, another man disfigured and a third blind. He was sentenced to life in prison for those crimes.

The station reports Herard testified Friday at the Broward courthouse at a hearing for death penalty defendants to present testimony before a judge makes a final ruling on sentencing.

"Honestly and truly, I'm not asking you to spare me. Go ahead and do what you gonna do. I pretty much dare you to give me the death sentence because I'm innocent," Herard told Judge Paul Backman, as reported by NBC Miami.

"I wasn't there," the defendant said, according to CBS Miami. "I'm guilty of having friends in gangs but I'm not a gang member."

Herard, who said he was a churchgoer, admitted to not being a saint. "I'm guilty of running a red light and going through a stop sign but I'm not a killer."

The hearing will continue Sept. 22. The judge will then have a month to decide Herard's fate.