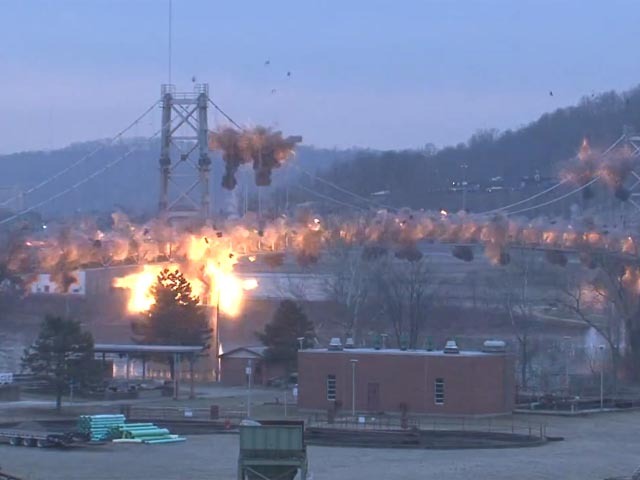 (CBS) - Today's "BOOM!" comes courtesy of the Ohio Department of Transportation. The Fort Steuben Bridge spanned the Ohio River from Steubenville, Ohio to Weirton, West Virginia. It stood there for eighty-three years. Then, on Tuesday, it got blown up real good.

Steubenville's Herald-Star newspaper reports that 153 pounds of explosives, planted on 136 locations along the span, were used in the controlled demolition. The bridge itself had been closed since 2009, with the ODOT citing deteriorating conditions. Built in 1928, the Fort Steuben Bridge served for eighty years, and at 7:15AM on Tuesday it came tumbling down.

Like "The Giving Tree" of bridges, it served well and even gave us one final gift on its last day: the gift of a cool explosion. We'll miss you, Fort Steuben!