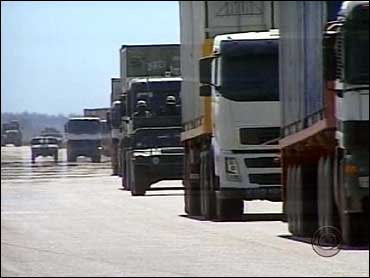 The U.S. has currently spent at least $437 billion on the Iraq war, according to the Congressional Research Service. An estimated $100 billion will be spent in 2007. Much of that money is going to 60,000 civilian contractors involved in reconstruction and providing services to the troops.

But recently, the Pentagon admitted it has a hard time accounting for how billions of your tax dollars are being spent — and the billions that may be lost to contractor waste, fraud and abuse, CBS News investigative correspondent Armen Keteyian reports.

A document — part of a whistleblower lawsuit obtained by CBS News — alleges a blueprint of contractor abuse in Iraq, detailing how the government was billed 10 times more than it should have been when U.S. troops used a recreation facility in Iraq.

That's because they were not billed once per visit, but rather billed repeatedly, every time a soldier used: