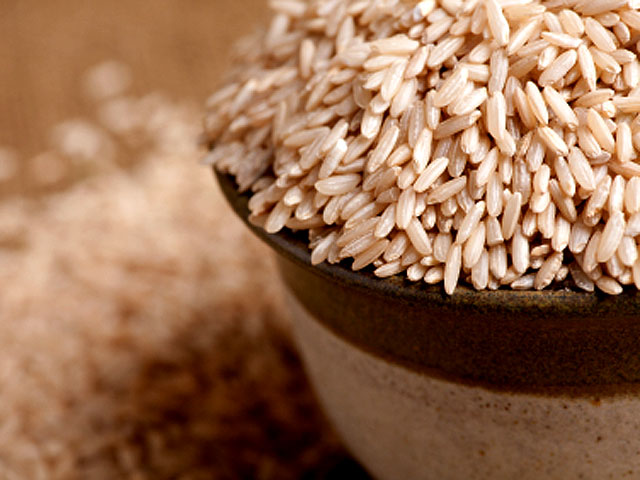 The magazine tested more than 200 samples of rice products - including popular brands, store brands and even organic ones - and found measurable amounts of arsenic in "virtually every product tested."

A chart detailing Consumer Reports' tests can be found here.

Arsenic is naturally present in water, air, food and soil in two forms, organic and inorganic. According to the Food and Drug Administration, organic arsenic passes through the body quickly and is essentially harmless. Inorganic arsenic - the type found in some pesticides and insecticides - can be toxic and may pose a cancer risk if consumed at high levels or over a long period.

A study last December out of Dartmouth University also found rice may contain potentially dangerous levels of arsenic. Pregnant women who ate half a cup of rice per day had arsenic levels in their urine on average 53 percent higher than pregnant women who didn't eat rice.

Arsenic is thought to be found in rice in higher levels than most other foods because it is grown in water on the ground, optimal conditions for the contaminant to be absorbed in the rice. There are no federal standards for how much arsenic is allowed in food but the government sets a cap of 10 parts per billion of arsenic allowed in bottled water.

How much organic and inorganic arsenic rice eaters are consuming, and whether those levels are dangerous, still remains to be seen.

So far, Food and Drug Administration (FDA) officials say they have found no evidence that suggests rice is unsafe to eat. The agency has studied the issue for decades but is in the middle of conducting a new study of 1,200 samples of grocery-store rice products - short and long-grain rice, adult and baby cereals, drinks and even rice cakes - to measure arsenic levels.

"Our advice right now is that consumers should continue to eat a balanced diet that includes a wide variety of grains - not only for good nutrition but also to minimize any potential consequences from consuming any one particular food," she said in a statement.

The FDA on Wednesday released 200 of an expected 1,200 samples after Consumer Reports released its study. The agency will not complete its study until the end of the year, Hamburg said, and cannot draw any conclusions or make any recommendations from the available data and existing scientific literature at this time.

So far, both studies show relatively similar levels of arsenic in rice. The FDA's analysis, including 200 samples, showed average levels of 3.5 to 6.7 micrograms of inorganic arsenic per serving. Consumer Reports, with 223 samples, found levels up to 8.7 micrograms. A microgram is one billionth of a kilogram.

"It is critical to not get ahead of the science," FDA Deputy Commissioner for Foods Michael Taylor said in a statement. "The FDA's ongoing data collection and other assessments will give us a solid scientific basis for determining what action levels and/or other steps are needed to reduce exposure to arsenic in rice and rice products."

It is almost impossible to say how dangerous these levels are without a benchmark from the federal government. Consumer Reports uses New Jersey's drinking water standard - a maximum of 5 micrograms of arsenic in a liter of water - as comparison because it is one of the strictest in the country. But it is unclear how accurate it is to compare arsenic levels in water and rice since most people consume more water than rice, so drinking water standards may need to be tougher.

It is because of this uncertainty that consumer groups have urged the FDA to set a standard.

Urvashi Rangan of Consumer Reports says the group is not trying to alarm rice eaters and parents feeding their children rice but to educate them so they can diversify their diets. Consumers should be more protected since arsenic is a known carcinogen, she said.

"It doesn't make sense not to have standards for rice," she said.

Rice growers jumped on the report. A statement from the industry group USA Rice Federation said that U.S. rice growers do not use arsenical pesticides.

"We understand that 'arsenic' is an alarming word, but we believe it is important for consumers to know that arsenic is a naturally occurring element in our air, water, rocks and soil," the group said in a statement. "This is how plants uptake arsenic. As a result, it's always been in the food supply and is in many healthy foods that are consumed by billions of people every day."

The group then went on to tout nutritional benefits of rice.

"In fact, populations with high rice consumption are associated with less overall disease rates and with better health, and scientific studies show that people who eat rice have healthier diets.

Illinois Attorney General Lisa Madigan joined with Consumer Reports Wednesday, also calling on FDA to set standards, particularly for baby food. She, like the magazine, urged parents to limit the amount of rice they feed their children.

The FDA was not willing to go that far, however. Hamburg cautioned that neither the FDA nor Consumer Reports had tested enough samples to be certain of any trend.

"These are very few samples and there is great variability in the levels," she said.

Consumer Reports' push on arsenic in rice comes a year after it pressured the FDAto define standards for arsenic in apple juice, following tests of 88 juice samples that showed roughly 10 percent contained higher levels of arsenic than what is allowed in bottled water.

Taylor said Tuesday that the agency had completed an assessment on apple juice and would be making recommendations soon. The levels of arsenic found in apple juice are low, he said.