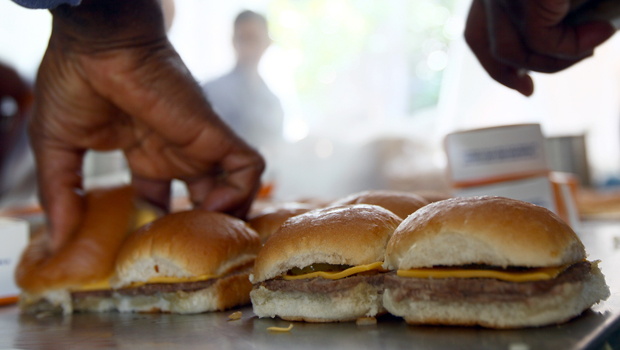 Subway made news earlier in February when the sandwich chain announced it was removing a chemical called azodicarbonamide (ADA), which is used to make yoga mats, from North American formulations of bread. But now, a consumer advocacy group is warning people that almost 500 more food items on the market have this same compound.

The Environmental Working Group (EWG) released a list Thursday of all the foods that have listed ADA as an ingredient. Large companies like Ball Park, Country Hearth, Jimmy Dean, Kroger, Little Debbie, Marie Callendar's, Pillsbury, White Castle and Wonder are just a fraction of the 130 brands that used the chemical in their products. Most of the items are bread, croutons, pre-made sandwiches and snacks.

"EWG recommends that consumers take steps to avoid the industrial additive ADA in their food. It is an unnecessary ingredient, its use has raised concerns about occupational exposure, and questions remain about its potential risk to consumers," the organization wrote, adding that it urged all manufacturers to stop using the product in breads.

ADA is used to bleach flour and help make dough stronger and more rubbery. The Food and Drug Administration currently approved the use of the chemical as long as it is used in quantities less than 0.0045 percent of the weight of the flour used.

But, the World Health Organization raised concerns about the compound. Case reports have shown that some workers who come in contact with the product on a regular basis have developed asthma, respiratory symptoms and skin problems. Very few studies have been done on ADA, but animal research has shown that if the compound is inhaled or consumed it tends to not be absorbed and is easily eliminated with the body's waste.

The Center for Science in the Public Interest pointed out that ADA forms semicarbazide and urethane when baked, and both have been linked to cancers in mice. They have called for the FDA to ban the chemical since many other breads do not use the compound.