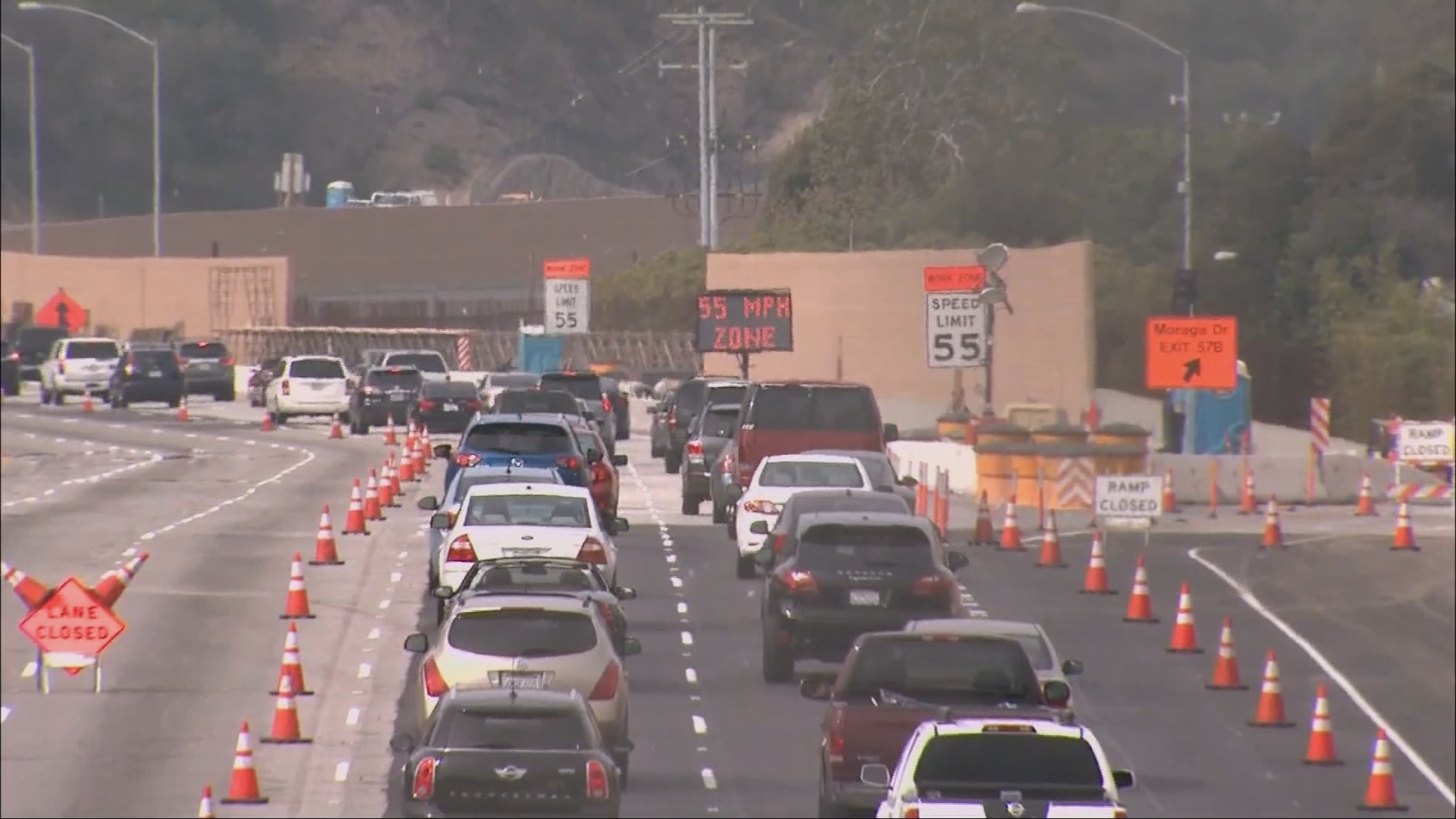 According to a new study, about $120 billion is needed annually for highway repairs. Many highway construction projects are scheduled to take years, but often take even longer than anticipated, and blow their budgets in the process.

In the end, delays on major projects around the country leave Americans spending more time sitting on the highway than driving on it, reports CBS News correspondent Jeff Pegues.

"One of the biggest problems is the approval process," Patrick Natale, executive director of the American Society of Civil Engineers, told CBS News. "We get hung up in red tape frequently that drags projects out for many, many years."

His engineering group studies the condition of the nation's infrastructure, and he knows what these holdups can mean for you.

"The delivery truck has to go down that way, delivering goods and services. That's adding to your cost. So the public is paying for it, one way or another," Natale said.

Before ground is even broken, city, state and federal regulations can add years to a project.

One underpass in San Antonio, a $15 million highway project, ground to a halt because of something the size of a dime -- the Cicurina Venni.

The eight-legged blind spider is protected by the Endangered Species Act and led to an eight-figure cost increase for the project.

"I think that kind of tripling of infrastructure cost is a complete budget buster," Natale said.

Susan Combs, the publicly elected comptroller for public accounts in Texas, said her constituents are frustrated.

"When they're told that there is a dime-sized spider, which nobody had ever heard of, and it's going to maybe cost lives because of ambulances or you can't get to work, they don't understand it. They don't see its value and they're shaking their heads," she said.

Because of the spider, the cost will go from $15 million to at least $44 million. The project that was supposed to be completed in 2013 won't even break ground until next year.

A billion-dollar expansion of the 405 Freeway in Los Angeles was supposed to take three years, but ended up taking four and a half.

Commuters in the City of Angels lose around 61 hours a year to traffic. Officials added a carpool lane, promising it would reduce commute times by at least 36 minutes.

Dave Sotero, a spokesman for the Los Angeles Metropolitan Transportation Authority, defends the work that was done.

"We realigned 28 freeway ramps as part of the project," he said. "We rebuilt three freeway bridges and brought them up to modern seismic standards."

But what it didn't do was reduce traffic. A recent study from the firm INRIX concluded that traffic may even be worse. Add the fact that construction climbed $100 million over the original price tag, and you can see why some commuters aren't happy with the result.

There are some possible solutions, including a new kind of asphalt used in the winter and charging fees to companies each time they block a lane of traffic, but for now, it appears that commuters might just be left in a jam.