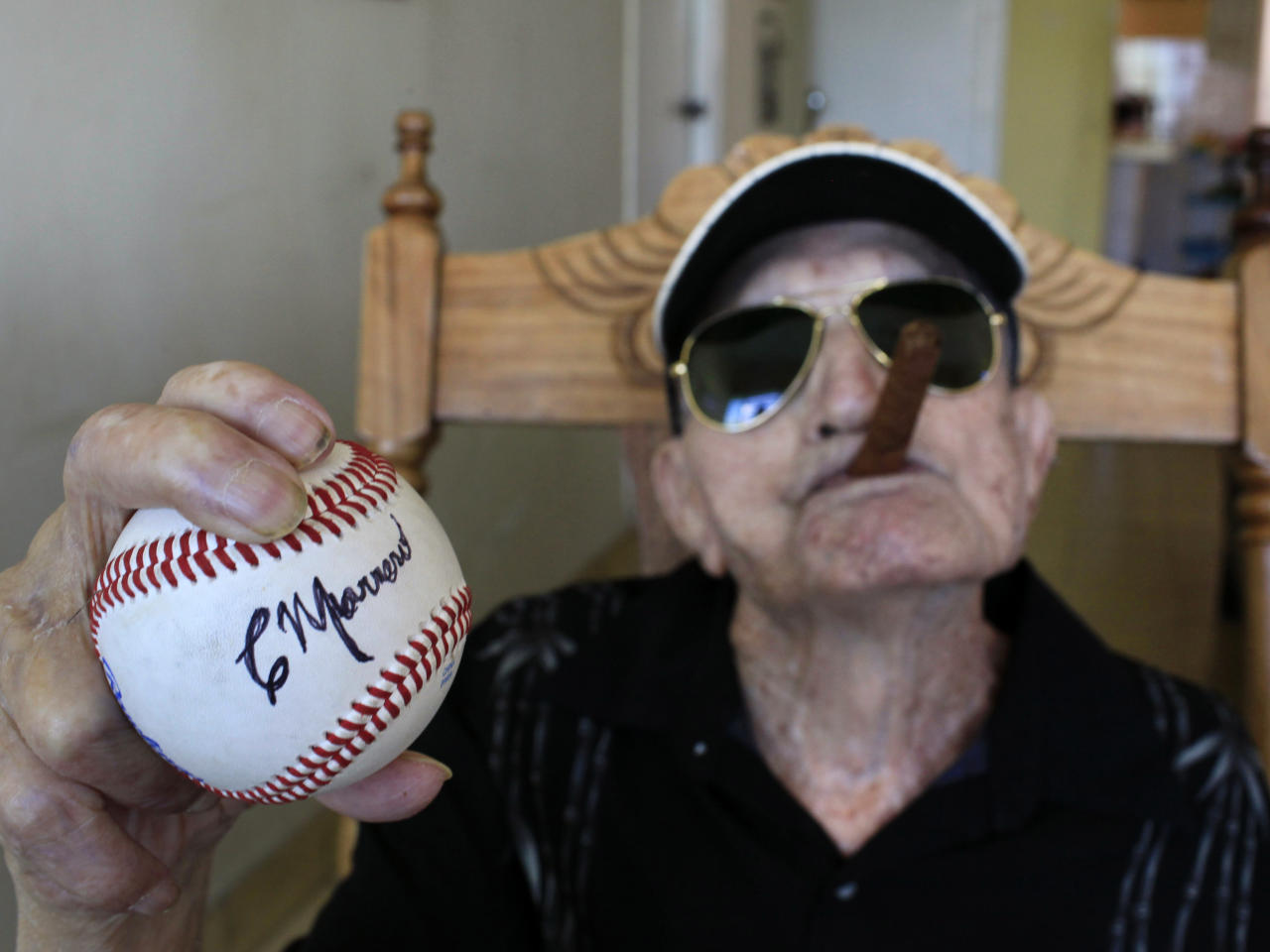 Marrero was a diminutive right-hander from Cuba who went by the nickname "Connie" when he pitched for the Washington Senators in the 1950s.

He was renowned for his control and for his presence on the mound despite standing just 5 feet 5 inches tall and weighing 158 pounds.

He became the oldest living ex-Major Leaguer in February 2011 after the death of former Brooklyn Dodgers infielder Tony Malinosky.

Last year, Marrero celebrated his 102nd birthday at his modest Havana apartment surrounded by family and friends, an unlit Cuban cigar in his mouth and a baseball cap on his head. He was given an enormous blue and white cake, and savored a glass of wine and a sip of Bucanero, Cuba's domestic beer.