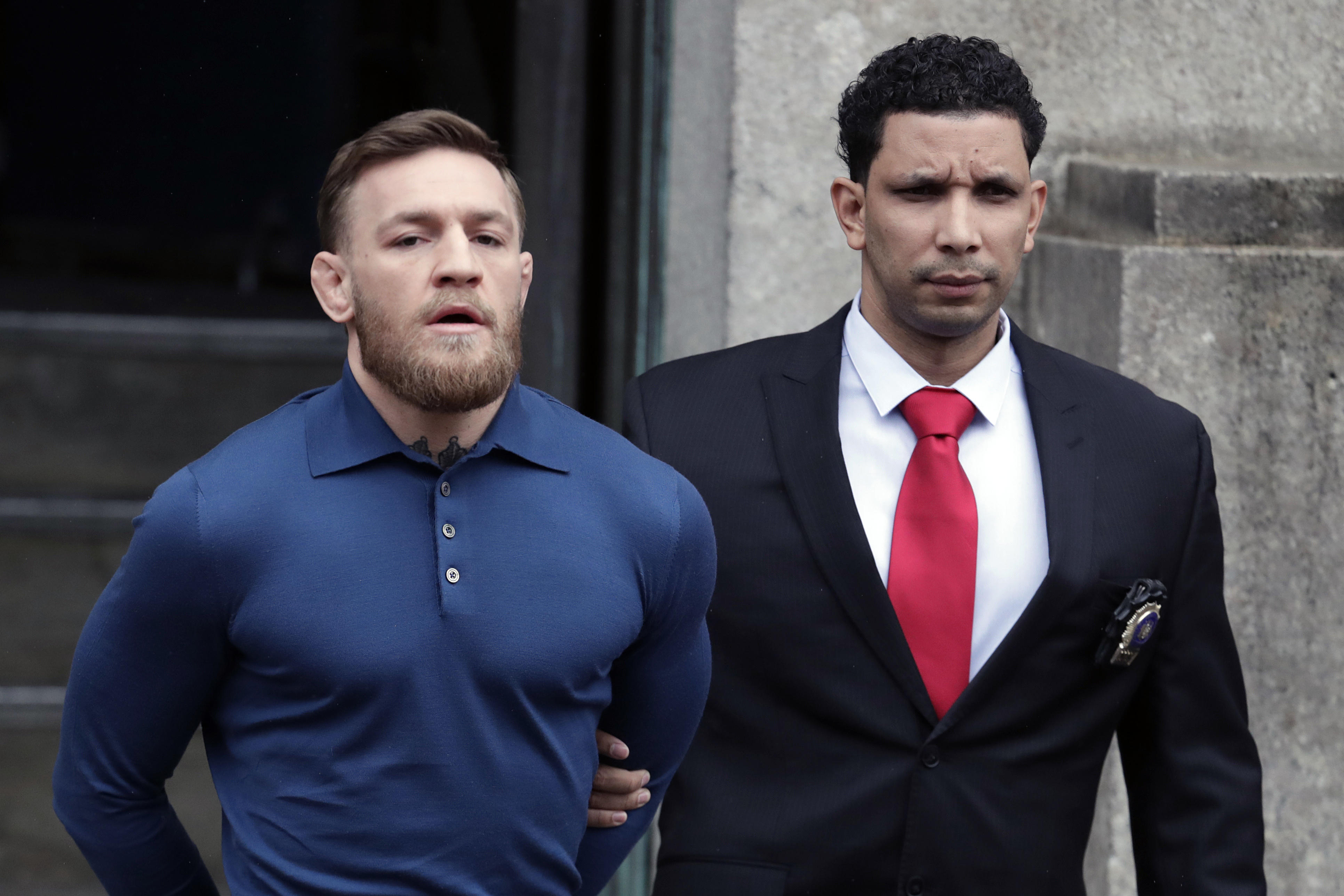 NEW YORK -- Mixed martial arts star Conor McGregor says he regrets getting into a backstage melee at a Brooklyn arena and hopes to have his U.S. court case resolved soon. McGregor spoke outside court after a brief hearing Thursday.

The 29-year-old Irish fighter and co-defendant Cian Cowley remain free on bail. Cowley said on Saturday that he hoped to get the case "out of the way," reports CBS New York. Prosecutors wouldn't say if they expected a resolution.

Video footage showed McGregor hurling a hand truck at a bus full of fighters after a press conference for UFC 223 at Barclays Center in April.

Fighters Michael Chiesa and Ray Borg were injured by shattered glass and unable to compete.

The defendants are due back in court July 26.