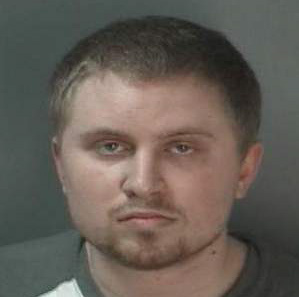 (CBS) BLOOMINGTON, Ind. - The son of NBA legend Larry Bird was arrested over the weekend for allegedly trying to run over his ex-girlfriend with a car after an argument escalated at Indiana University in Bloomington, Ind., CBS Chicago reports.

The Indy Star reports 21-year-old Connor Bird was arrested Sunday by the Indiana University police department. The two reportedly began arguing, which led Bird to throw his phone at the girl, police say, according to the paper.

Later, the argument escalated in a parking lot and Bird tried to run her over twice with his car, CBS Chicago reports.

According to the station, Bird is charged with battery with injury, criminal mischief, intimidation with a deadly weapon and possession of marijuana.

The paper reports Bird has bonded out of Monroe County Jail.

"We were trying to shield the kids": Mother recounts escaping parade shooting
Thanks for reading CBS NEWS.
Create your free account or log in
for more features.
View CBS News In
CBS News App Open
Chrome Safari Continue
Be the first to know
Get browser notifications for breaking news, live events, and exclusive reporting.