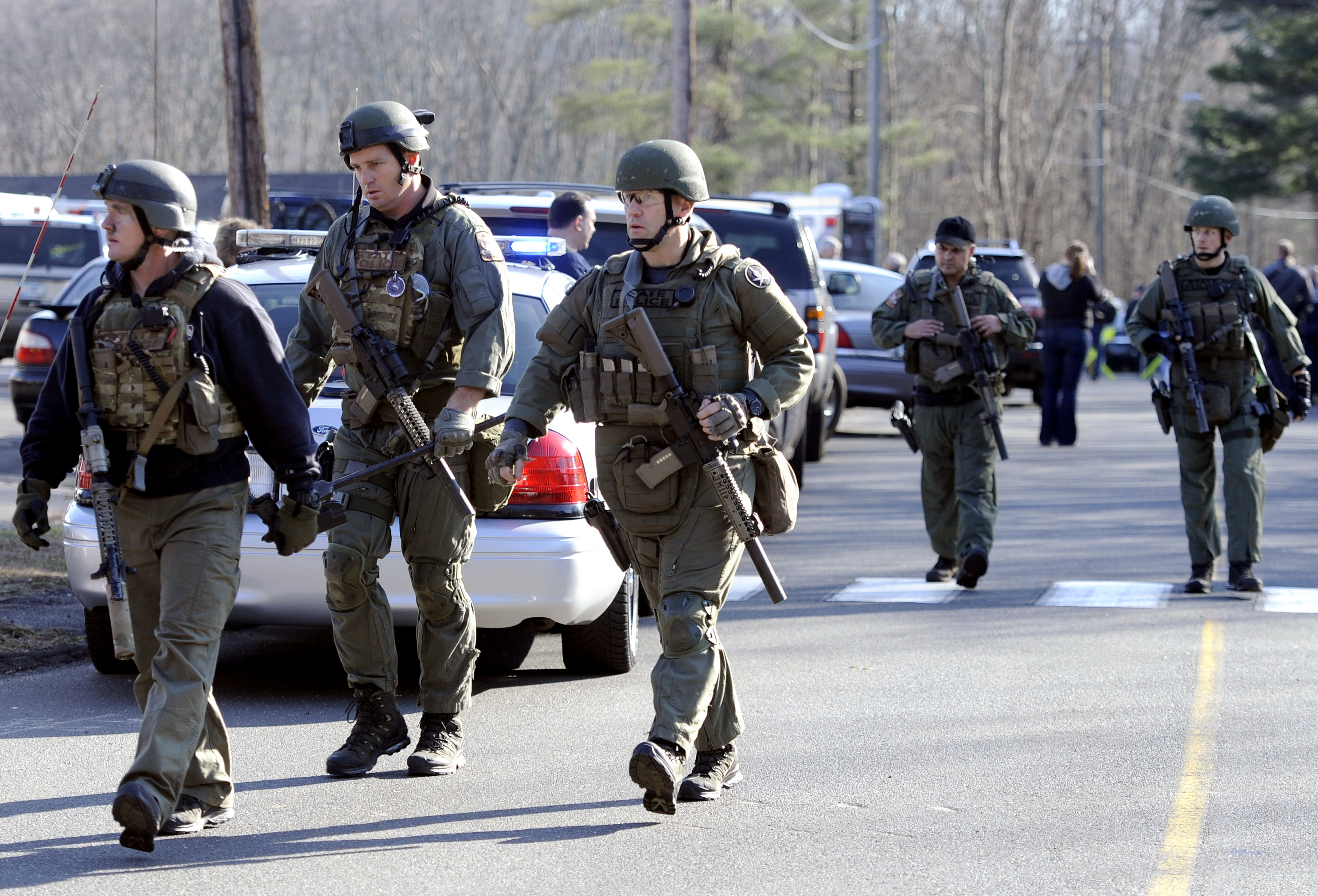 (CBS/AP) NEWTOWN, Conn. - A law enforcement official tells the Associated Press that the suspect in the Sandy Hook Elementary School massacre drove to the scene in his mother's car, and that three guns were found at the scene - a Glock and a Sig Sauer, both pistols, and a .223-caliber rifle.

The attack at Sandy Hook Elementary School was the latest of several mass shootings in the U.S. this year, and it approached the deadly scope of the Virginia Tech university massacre in 2007 that left 32 dead.

This time, many of the victims were young children. Photos from the scene showed students, some of them crying, being escorted by adults through a parking lot in a line, hands on each other's shoulders. Children told their parents they had heard bangs and, at one point, a scream over the intercom.