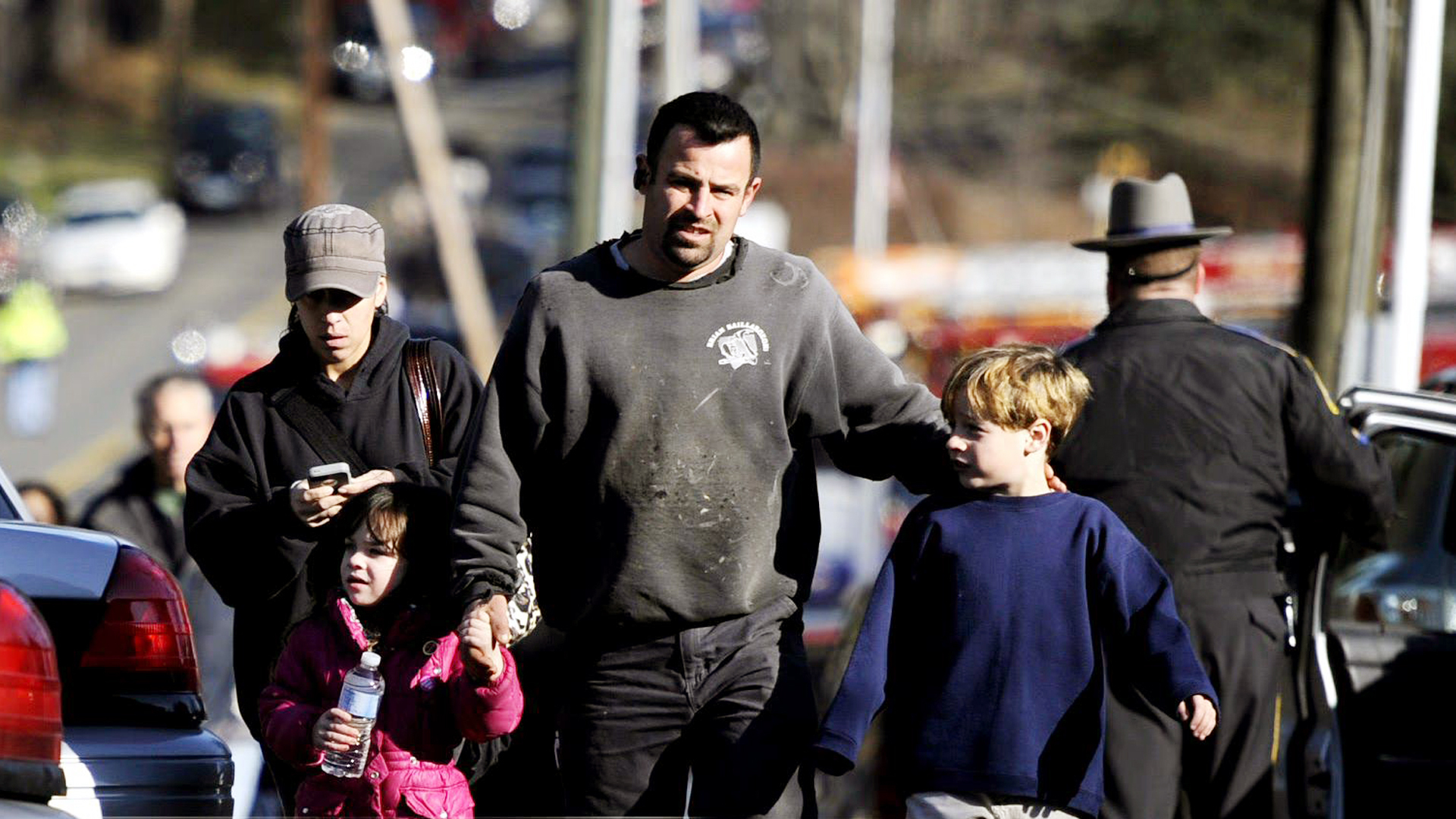 (CBS) NEWTOWN, Conn. - Stephen Delgiudice, the father of a surviving third grade student at Sandy Hook Elementary School in Newtown, Conn., described to CBS News what his daughter heard over the loudspeaker from the principal's office.

The announcement prompted a teacher to lock her classroom door.

A gunman killed at least 26 people at the school.