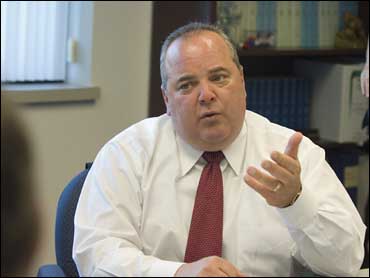 Bridgeport Mayor John M. Fabrizi admitted he used cocaine after taking office in 2003 and told the Connecticut Post in an interview published Tuesday that he feels ashamed and humiliated.

Fabrizi sought a meeting with the newspaper's editorial board after an FBI report surfaced in which an alleged drug dealer claimed an associate had a videotape of the mayor using cocaine.

"I'm ashamed. I'm humiliated for myself. I never meant to let the world know. I didn't want my family to know," Fabrizi told the newspaper.

Fabrizi, a Democrat who took over leadership of the state's largest city after his predecessor was convicted of corruption, would not say how he obtained cocaine but said he occasionally spent $20 or $40 to purchase it.

He said he has sought treatment and has not used the drug since late 2004. He offered to take periodic drug tests if anyone doubts he has stopped using cocaine.

"I used it very intermittently. I don't want to use excuses of recreational or social use. I used it some during the period when I was on the council," said Fabrizi, who was City Council president before he took office.

The FBI report naming Fabrizi was inadvertently filed in court, and Fabrizi said after it was reported last week that he had made "poor choices in the past" but declined to be more specific.

Adversaries have called on the mayor to resign, while supporters have urged him to address the drug allegations.

Fabrizi planned to make a public statement Tuesday morning in an address to city employees, said his spokeswoman, Caryn Kaufman.

"He is not resigning," she said but declined to comment further.

Fabrizi participated in a City Council meeting Monday night. He gave a brief statement, but the council did not discuss the allegations during the meeting.

"I take this opportunity to apologize for the recent headlines in the news," Fabrizi said. He invited public officials at the meeting to attend his address Tuesday morning.

Bridgeport, a city of about 140,000 residents on Long Island Sound, has struggled with violent drug dealers who gave the city a reputation as the murder capital of the state in the 1990s before the homicide rate plummeted.

"I do believe that he's got to resign," said Rick Torres, a Republican who ran against Fabrizi in 2003. "How do we explain to children drug use is dangerous and can ruin your life if the top guy is a drug user?"

U.S. Attorney Kevin O'Connor said Friday that Fabrizi was not a target of the drug investigation in which his name surfaced. He said FBI reports are typically filed under seal and apologized to Fabrizi after the document was released.