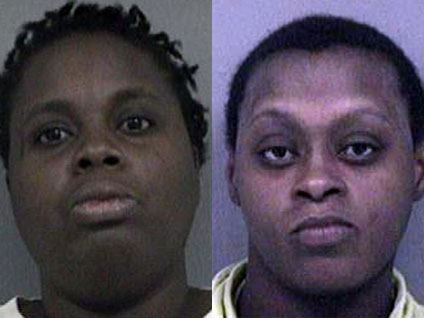 Dunn pleaded guilty to risk of injury to a child under the Alford Doctrine, where the defendant doesn't agree to the facts but agrees the state has enough evidence to win a conviction, reports the Connecticut Post.

Police said Dunn was arrested June 28 after they said a neighbor flagged down officers and told them she was giving beer to her children at a Bridgeport playground, reports CBS affiliate WFSB.

Witnesses told police that Dunn gave a 40-ounce beer to her son and told him to chug it. Police said both of her children had alcohol in their systems, and her 10-month-old daughter tested positive for cocaine, according to the station.

The children were turned over to the Department of Children and Families after the 29-year-old Dunn's arrest. Custody hasn't been decided.

The two women are scheduled to be sentenced on Dec. 9.