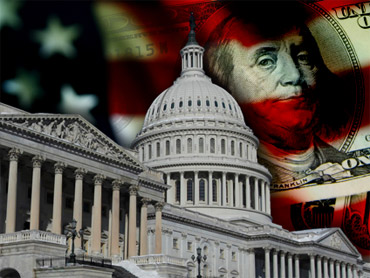 The U.S. Senate today passed a sweeping bank regulation bill that will make major changes to the U.S. financial system.

The legislation cracks down on banks and Wall Street in the hopes of avoiding another major financial meltdown. The Senate's 60-39 vote came nearly two years after a financial crisis knocked the U.S. economy to its knees.

The bill has been President Obama's top domestic priority after the passage of health care legislation, and in some ways, the bill is tougher than what he sought.

The president hailed the passage of the bill today, remarking that it will provide long-deserved economic security to families and businesses. He said it ensures there that will be no more taxpayer bailouts and that Americans won't have to foot the bill for Wall Street's excesses.

House aides say they will likely do an enrollment ceremony and the send the bill to the White House today, CBS News Capitol Hill Producer Jill Jackson reports.

The Republican Party is betting that the bill's ambitious goals will be lost on voters and instead feed an election-year narrative that Democrats stand for bigger, more intrusive government.

But the bill bears the fingerprints of many other Republicans.

That those bipartisan talks even occurred was remarkable in the highly politicized atmosphere in Congress. That they failed to expand the bill's base of support illustrates how much things remain the same.

Even before the Senate passed the bill today, House Minority Leader John Boehner, R-Ohio, told reporters, "I think it ought to be repealed."

"I think the financial reform bill is ill conceived, going to make credit harder for the American people to get, clearly harder for businesses to get and the fact that it's going to punish every banker in America for the sins of the few on Wall Street is unwise," he said. "On top of that I think it institutionalizes 'too big to fail' and gives far too much authority to federal bureaucrats to bail out virtually any company in America they decide ought to be bailed out."

"I would suggest America can't afford to go backwards," he said. "We can't afford another financial crisis just as we're digging out of the last one."

In an interview, Dodd recalled how two months ago, struggling to secure 60 votes to simply start debate on the bill, some Democrats urged Senate Majority Leader Harry Reid to abandon the legislation and blame it on Republicans.

"There were some who wanted to quit on the bill," Dodd said. Their reasoning, according to Dodd, was, "Why not just hold a press conference and denounce them (Republicans) for not allowing us to get there and try to reap whatever political benefits you could?"

But the bill's political benefits in a heated midterm election year stand to be overshadowed by lingering high unemployment. And Republicans, casting the bill as vast government overreach, are betting that the voters' antipathy toward big government and their worries over jobs would trump their anger at Wall Street.

"Ultimately in November, people are going to be looking at the size and scope of the federal government, spending and debt and see that a lot of aspects of this bill make things worse in terms of getting America back to work rather than better," said Sen. John Cornyn, the head of National Republican Senatorial Committee.

Speaking on the Senate floor Wednesday evening, Dodd said Americans who have suffered through the recession don't count on Congress alone to bring back their jobs and homes.

"But they do expect us to respond to a situation that brought us to the brink of financial disaster," he said. "And this is our best effort to do so. It's not a perfect effort, I know that."

The 2,300-page legislation, among other things:

• Gives the government new powers to break up teetering companies which if allowed to fail would threaten the economy.

• Creates a new agency to guard consumers in their financial transactions.

• Shines a light into shadow financial markets that have escaped the oversight of regulators.

The bill's many provisions don't offer a quick remedy, however. Rather, they are a prescription for regulators to act. In many cases, the real impact of the legislation won't be felt for at least two years.

"We have no idea whether this bill is historical or not," Corker said. "We won't know for a long time, until the regulators decide what they're going to do with this bill."