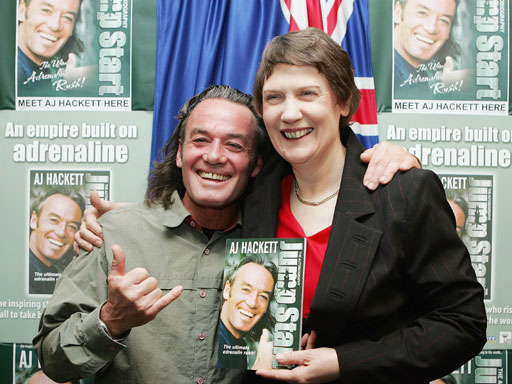 Senate Democrats lost a fight to keep a ban on research and development of low-yield nuclear weapons, and now they want a compromise that would allow the research and prohibit the development.

Democrats want to hold Defense Secretary Donald H. Rumsfeld to his word that the Pentagon is interested only in studying the weapons and doesn't know whether it will build them.

The Bush administration's request to lift the decade-old ban is part of a bill authorizing $400.5 billion in 2004 defense programs. A vote on the overall bill is expected this week.

The House version of the defense authorization bill also would remove the ban on research, but not development, of low-yield weapons. House debate on the bill is expected to begin Wednesday.

Senators were to vote Wednesday on an amendment by Sen. Jack Reed, D-R.I., that, similar to the House bill, would allow research, while preserving the ban on development.

Low-yield weapons have a blast equivalent to less than five kilotons, about a third as large as the bomb dropped on Hiroshima in World War II.

Democrats say lifting the ban would undermine U.S. efforts to persuade other countries not to develop their own nuclear weapons. They also say it would blur the line between nuclear and conventional weapons and make it more likely that a nuclear weapon might be used.

"This issue is as clear as any issue ever gets. You're either for nuclear war or you're not. Either you want to make it easier to start using nuclear weapons or you don't," said Sen. Ted Kennedy, D-Mass.

Advocates of lifting the ban say weapons could target enemies more precisely while limiting deaths of civilians. They say such a weapon could be used to destroy stockpiles of chemical and biological weapons and avoid the kind of widespread contamination that might follow a strike using conventional weapons with less destructive force.

"To stop research and development on a potential weapon that could destroy a terrorist group or a rogue nation from creating a chemical/biological capacity that's deep underground is illogical," said Sen. Lindsey Graham, R-S.C.

The 1993 low-yield ban that the current defense bill would delete stated that "it shall be the policy of the United States not to conduct research and development which could lead to the production by the United States of a new low-yield nuclear weapon, including a precision low-yield warhead."

Rumsfeld, at a news conference Tuesday, stressed that the Pentagon wanted only to consider the weapons.

Senators voted 51-43 on a procedural vote to defeat an amendment by Sen. Dianne Feinstein, D-Calif., and Kennedy to preserve the research and development ban. The vote was mostly along party lines.

In addition to debate over low-yield and other nuclear issues, Democrats are likely to fight provisions in both the House and Senate bills to ease environmental restrictions that the military says hinders its training exercises.

House Democrats will also try to stop Republicans from giving the Defense Department greater authority over more than 600,000 civilian employees.

The Pentagon said the changes would help it transfer noncombat jobs from the military to civilian workers, make it easier to recruit new workers and give it greater control over pay, promotions and dismissals. Democrats say the changes would cost employees job protections and were rushed through Congress without giving federal workers the opportunity to comment on it.

The personnel changes are not in the Senate bill but could still be added before the final vote.

They are part of a broad array of administrative reforms that the Pentagon says are necessary to increase flexibility, but opponents believe would erode congressional oversight.

A related bill would also allow the Defense Secretary to transfer money from program to program. It would free the Pentagon from rules requiring "made-in-the-USA" purchases "when such requirements are not in consonance with security interests."

If made into law, the proposal would allow all reporting requirements to sunset after five years unless Congress renews them.

It also eliminates dozens of specific reports, including the "Report on the Cost of Stationing United States Armed Forces Outside the United States," which the Pentagon says is "of limited utility" and costs a lot to write.

Numerous reports, including the "Annual Operations and Maintenance Budget," are dubbed "redundant." A report called "Physical Protection of Special Nuclear Material" is, in the Pentagon's view, "unnecessary and potentially harmful to our national security."