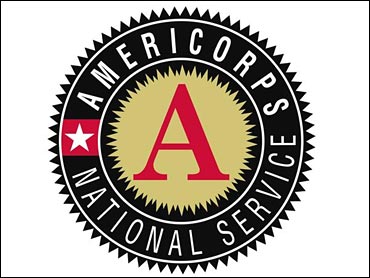 Congress has moved swiftly to stem the financial troubles at AmeriCorps, but some nonprofit groups that depend on the national service organization insist the new legislation will not save the jobs of thousands of young corps members.

Just days after the Corporation for National and Community Service, which oversees AmeriCorps, announced major cutbacks, the House on Thursday night followed the Senate's lead and passed legislation to fix the corporation's accounting problems. The measure now goes to President Bush.

The president, who has praised the AmeriCorps program, commended lawmakers for moving quickly. In a statement, he said the bill would help put "AmeriCorps on a sound financial footing."

But several nonprofit groups said the new accounting procedures outlined in the bill will only fix part of the problem and will not prevent severe program cuts of roughly 60 percent.

"It's a good first step, but it is not nearly enough," said Alan Khazei, co-founder and chief executive officer of City Year, a Boston-based group that recruits and trains young people for volunteer work. He said emergency supplemental funding is the only thing that will "keep the program whole."

Lawmakers from both sides of the aisle have been collecting signatures for a letter to Mr. Bush that appeals for emergency funding for AmeriCorps. Two of the congressmen leading the House effort, Reps. Harold Ford Jr., D-Tenn., and Tom Osborne, R-Neb., say $200 million is needed to allow AmeriCorps to reach its goal of funding 50,000 volunteers this year.

AmeriCorps' education trust has been the source of much of the trouble for the corporation, which had not been putting into the trust the total amount of money needed to cover the $4,725 in education grants it awards each volunteer.

The corporation also approved more slots for volunteers last year than there was money for, and that contributed to the cuts announced earlier this week in state competitive grants, which were slashed by about 80 percent.