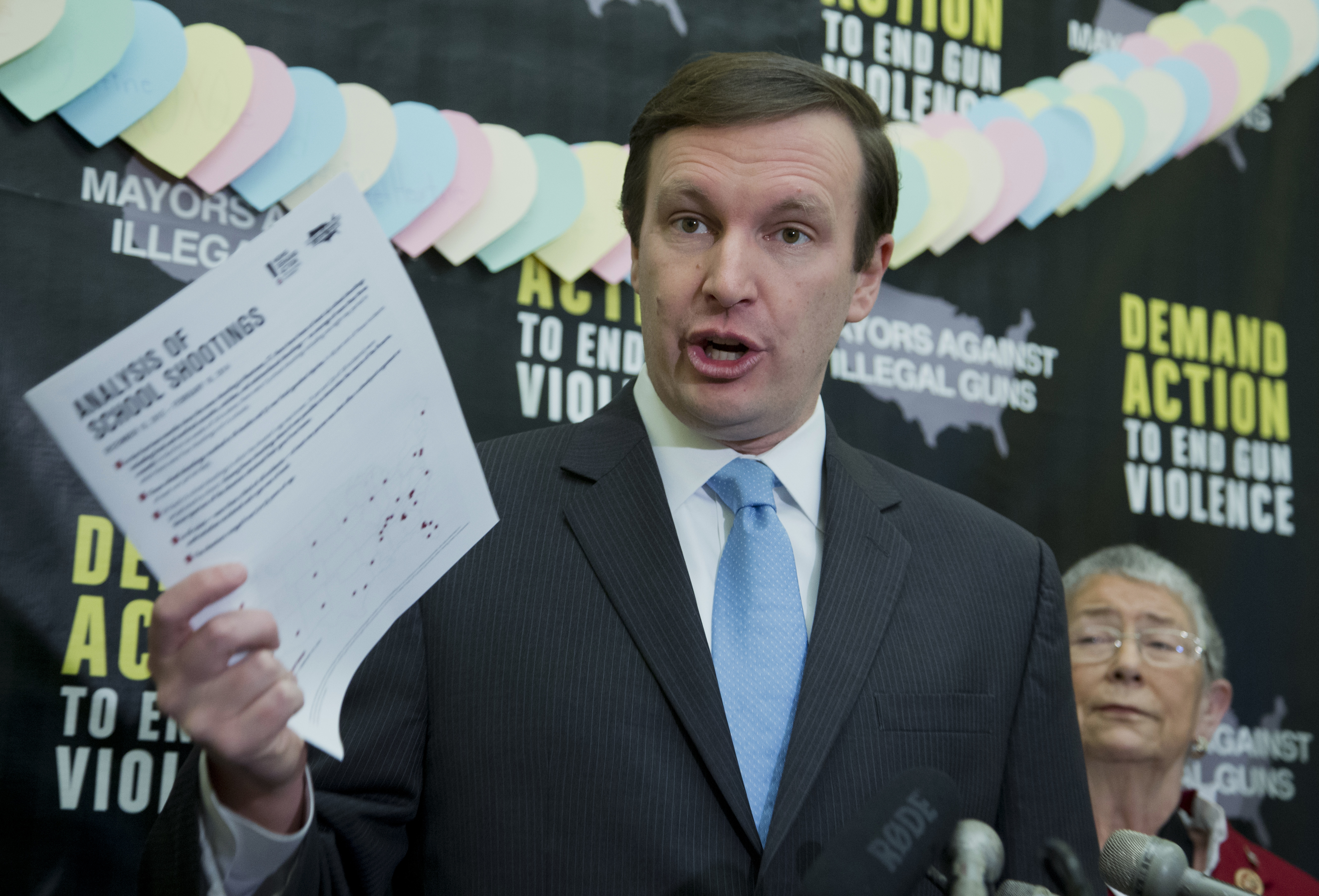 Murphy joined activists from the groups Moms Demand Action and Mayors Against Illegal Guns on Capitol Hill to unveil a new report showing the prevalence of school shootings.

Since the mass shooting at Sandy Hook Elementary School in Newtown on Dec. 14, 2012, there have been at least 44 school shootings, according to the groups’ research -- an average of more than three a month. Those shootings resulted in 28 deaths and 37 non-fatal gunshot injuries. In nearly half of the incidents, at least one person died.

While only a handful of people have been killed or hurt in these incidents, Murphy said, “It is just a matter of time before another Newtown happens.” The shooter at Sandy Hook killed 26 students and teachers at the school.

“This report should be met with outrage in every corner of this town,” Murphy said. “We can certainly do better than what is today at best indifference and at worst complicity.”

Congress last year failed to pass any legislation relating to gun violence, aside from a bill extending a ban on plastic guns.

However, Murphy said Congress was not only ignoring the problem of gun violence but exacerbating it by debating legislation that would allow people to bring guns onto post office grounds.

Before approving a Postal Service bill last week, a Senate panel debated -- but rejected -- an amendment from Sen. Rand Paul, R-Ky., that would have overturned a federal ban on guns in post offices. The panel did, however, approve an amendment from Sen. Mark Begich, D-Alaska, to let licensed gun holders carry guns in post office parking lots as long as the state already allows them.

Murphy, along with longtime gun control advocate Rep. Carolyn McCarthy, D-N.Y., expressed optimism that Congress would eventually act. “Congress can’t stay this far out of step with the American public for too long before democracy corrects that imbalance,” Murphy said, noting that the vast majority of Americans support actions like expanding background checks for gun purchases.

McCarthy credited advocacy groups and grassroots activists for keeping the issue on the table.