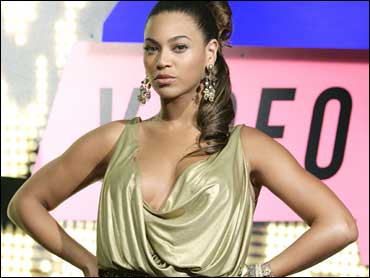 Congress is turning its attention to the bankruptcy of Global Crossing Ltd. even as its investigation into the collapse of Houston-based Enron Corp. moves forward.

The bankrupt telecommunications company said it will comply with a request from a congressional committee for documents about its accounting practices and pay for top executives.

Global Crossing, which filed for bankruptcy protection in January, is under investigation by the Securities and Exchange Commission and the Federal Bureau of Investigation. Congress joined the fray on Tuesday when leaders of the House Energy and Commerce Committee gave Global Crossing chief executive John Legere two weeks to turn over records.

It is too early to say whether congressional scrutiny of Global Crossing's bankruptcy, the nation's fourth-largest, will be as intense as the focus on the failure of Enron, the largest bankruptcy in U.S. history.

But lawmakers said they want to determine whether Global Crossing concealed its true financial condition, similar to the way Enron has acknowledged misstating earnings, revenue and debt. They noted Enron and Global Crossing used Arthur Andersen as their auditor.

"Was Global Crossing a corporate giant toppled by a recession in the telecommunications industry or was it instead a paper tiger created by questionable bookkeeping?" asked Ken Johnson, spokesman Rep. W.J. "Billy" Tauzin, R-La, the committee chairman.

Global Crossing, based in Bermuda but run out of offices in Beverly Hills, Calif., spent $15 billion over five years building a 100,000-mile fiber-optic network, only to see its fortunes decline last year amid weak demand for bandwidth and investors' increasing concerns about the company's debts.

The company listed $12.4 billion in debts in its bankruptcy filing. It faces a hearing in federal bankruptcy court in New York on Wednesday on a proposed $750 million rescue plan.

Lawmakers want Global Crossing to explain its practice of selling capacity on its network to a customer, then buying a similar amount of capacity on the customer's network. A former executive first raised questions about the practice last year, alleging that it inflated revenues.

Legere said last week that he has asked the board of directors to commission an independent review of accounting practices. Company spokesmen have previously denied the allegations.

The committee also is seeking records on loans, stock sales and bonuses involving directors and officers. Senior executives cashed in $1.3 billion in stock in the three years before the company filed for bankruptcy. Legere was one of at least two executives whose multimillion-dollar loans from the company were either reduced or forgiven.

Global Crossing also was asked to explain last year's change in the administrator for the company's 401(k) retirement plan. The company cited the change to block employees from accessing their accounts in the month before it filed for Chapter 11 protection.