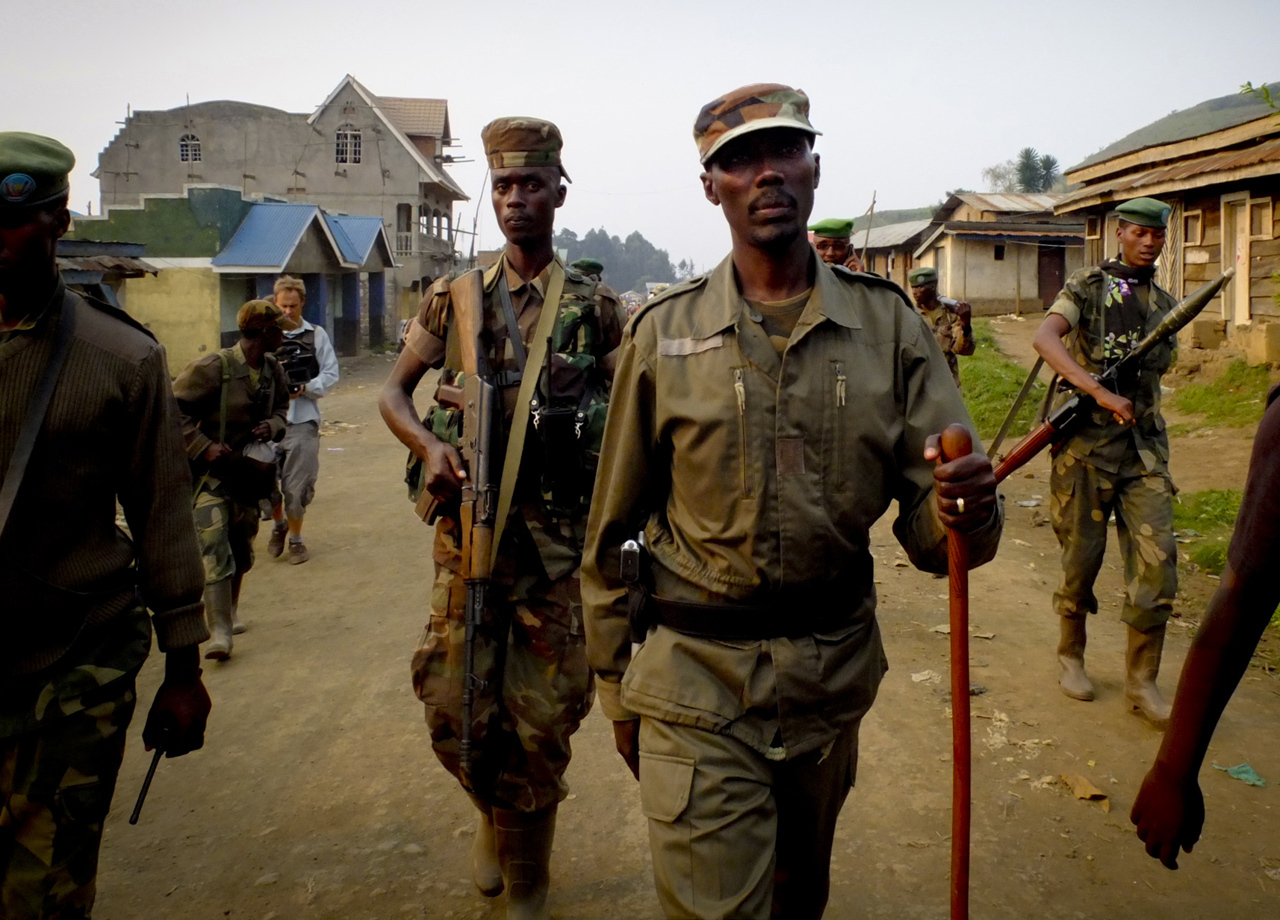 (AP) KINSHASA, Congo - Rebels have seized a town on volatile eastern Congo after the army fled their advance, a local official said Sunday.

"We appeal to the international community to do something to protect the civilians who fled the fighting and are living in fear," he said.

Panicked residents were fleeing Rutshuru on Friday night amid reports that the rebels had advanced within shelling distance, according to a statement from the North Kivu Civil Society. Fears were heightened by the evacuation of U.N. and independent aid agencies, followed in the late afternoon by the retreat of Congolese army soldiers, it said.

An Indian peacekeeper was killed overnight on Thursday as M23 fighters attempted to take the town of Bunagana, said Madnodje Mounoubai, the United Nations spokesman in Congo.

They fled into the bush, where they regrouped as the M23 rebels, named for the date in March 2009 when the former rebels signed a deal with the Congolese government, a deal brokered as the army was in full retreat and the dissidents threatened to take the eastern provincial capital of Goma. Under the accord, the rebels were integrated into the very army they have now deserted once more.

After controlling mountaintops along Congo's border with Rwanda, the rebels earlier this week made a push and seized the strategic village of Jambo, cutting access to the border crossing of Bunagana into Uganda and Rwanda. Then overnight Thursday, they took Bunagana, according to a spokesman for the rebels as well as a resident of the town who requested anonymity fearing reprisal.

A United Nations report says that the rebels are led by Ntaganda, who is wanted by the International Criminal Court, and backed by Rwanda — a charge Rwanda denies.

The notoriously ill-equipped Congolese army has been struggling to contain the rebellion. On Friday, the spokesman for the Ugandan army Capt. Peter Mugisa said that around 600 Congolese soldiers had sought refuge in Uganda after an intense battle with the rebels.

Mugisa were in the custody of the Ugandan military and did not want to go back home yet, fearing they might be massacred by the rebels they were sent to fight.

Analysts fear that the new conflict could once again drag Congo into another cycle of violence. In the country's lawless east, entire wards have been set up to treat rape victims, one of the many atrocities that have become widespread as a result of years of fighting.

The rebellion has caused more than 200,000 people to abandon their homes and flee, some displaced inside Congo others across the borders into Rwanda and Uganda. The U.N. World Food Program is asking for an additional $45 million to feed them.