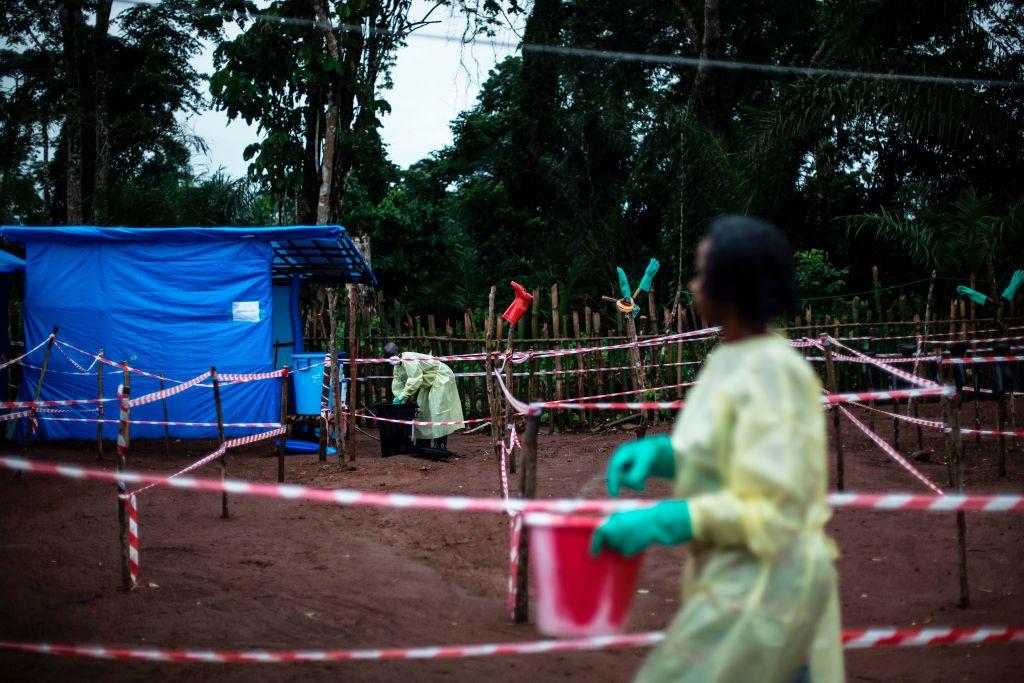 KINSHASA, Congo -- Congo's government on Tuesday declared a new outbreak of Ebola in the country's rural northwest, after two cases of the deadly virus were confirmed in Bikoro. Congo's Health Ministry said that of the five samples sent to the National Institute of Biological Research in Kinshasa, two came back positive for the Zaire strain of Ebola in the country's Equateur Province.

The samples were gathered after the Equateur Province Health Ministry notified Kinshasa on May 3 of some 21 cases of a hemorrhagic fever in the Ikoko Impenge area, including 17 deaths, according to the World Health Organization (WHO) and Congo's government. There are various hemorrhagic fevers.

A team was sent by the WHO and Doctors Without Borders over the weekend to investigate and strengthen coordination. The five new cases were then identified and sent to the laboratory, Congo's government said.

Since that time, no deaths have been reported among those hospitalized or among health workers treating the ill, it said.

A team of experts will go to Bikoro on Wednesday to implement measures to avoid further spread of the disease, said the ministry statement. The team will also investigate how the outbreak first started, it said.

This is the ninth Ebola outbreak in Congo since 1976, when the deadly disease was first identified. Congo has a long track record with Ebola, WHO said.

The most recent outbreak was in May 2017 that killed four of the eight people infected in Congo's Bas-Uele province in the northeast. That outbreak was quickly contained and was declared over in July 2017.

None of these outbreaks was connected to the massive outbreak in Guinea, Liberia and Sierra Leone that began in 2014 and left more than 11,300 dead.

Ebola occasionally jumps to humans from animals, including bats and monkeys. Without preventive measures, the virus can spread quickly between people and is fatal in up to 90 percent of cases.

There is no specific treatment for Ebola, which is spread through the bodily fluids of people exhibiting symptoms. A new experimental vaccine has been shown to be highly effective against the virus, though quantities are currently limited.

WHO said Tuesday it is working closely with Congo's government to rapidly scale up its operations and mobilize health partners as it did successfully in Congo last year.

"Our top priority is to get to Bikoro to work alongside the Government of the Democratic Republic of the Congo and partners to reduce the loss of life and suffering related to this new Ebola virus disease outbreak," Dr. Peter Salama, WHO Deputy Director-General, Emergency Preparedness and Response, said in a statement. "Working with partners and responding early and in a coordinated way will be vital to containing this deadly disease."

The Ikoko Impenge health facility, about 30 kilometers, or 19 miles, from Bikoro, has limited capabilities, relying on international organizations, WHO said.

"We will gather more samples, conduct contact tracing, engage the communities with messages on prevention and control, and put in place methods for improving data collection and sharing," said Matshidiso Moeti, the WHO Regional Director for Africa, said in a statement.