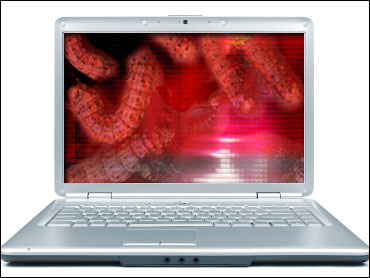 The Conficker worm that infected millions of computers around the world this month is now morphing and spreading, and is apparently posing an identity theft issue.

CNET-TV Senior Editor Natali Del Conte updated Early Show viewers Monday on what Conficker is doing and how it could be affecting your computer.

Del Conte told co-anchor Harry Smith Conficker is now parading as an anti-virus program called Spyware Protect 2009. The worm takes users to a fake secuirty Web site, asks them to pay $50 for a spyware program that actually is the Conficker worm, then keeps your credit card information, to boot. "It infects your computer," she told Smith. "And it keeps that $50."

Conficker can pop up on your computer in various ways, Del Conte added, whether as a pop-up that advertises a way to prevent the worm, or in your e-mail or Facebook account. She advises that, to be safe, you should never click on anything you're not familiar with.

One way to tell your computer may be infected is if you can't go to any security Web sites, such as Trend Micro, Symantec or McAfee. You should also be concerned if you try to power down your computer and you can't. "That may mean someone else is driving," Del Conte said. "That's a bad sign."

If you were taken in by the fake security ad and used a credit card to pay that $50, she advises changing all your passwords immediately and doing so from a secure computer. Then, call your banks and have them change those passwords, and get a new credit card.

Finally, Del Conte noted other resources on the Internet to help you figure out if your computer is infected. You could go to Google.com and search for "Conficker eye chart;" you'll find a test that can diagnose your computer for you. "If you can see all the graphics, you don't have it," she said. "If you can't see some of them, that's a red flag."