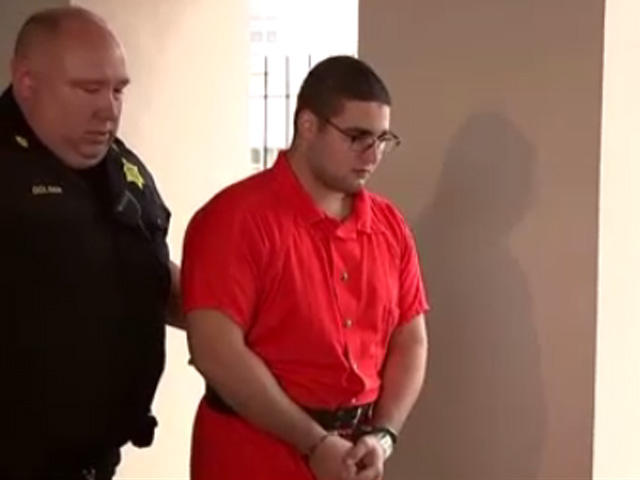 The man who confessed to killing four men in Pennsylvania was barred from the university he attended due to complaints filed against him, reports CBS Philadelphia.

Cosmo DiNardo, 20, attended Arcadia University, in Glenside, Pennsylvania, in the fall of 2015, the school says. He was only there for that semester.

But, according to Arcadia, he returned in the fall of 2016, as a non-student, and had interactions with members of the school community they described as "disturbing," or "off." A source tells CBS Philadelphia the interactions made people feel uneasy.

The incidents were reported to university and local police, Arcadia says.

Shortly after that visit, Arcadia says, it sent DiNardo's parents a letter saying he was banned from campus and if he showed up again, as a non-student, he would be trespassing.

Arcadia says DiNardo's parents acknowledged receiving the letter and, as far as the school knows, he hasn't been back.

The CBS Philadelphia source says DiNardo's parents told the school at the time their son wasn't a threat.

But police sources tell the station DiNardo has exhibited violent tendencies in the past.

And a friend of his, speaking on condition of anonymity, told CBS Philadelphia DiNardo was never known to be violent, but something happened with him over the last year.

"I'll tell you that he was normal up until last year. He was in a quad accident and hit his head and was stranded for a day or so with a brain bleed. He had frontal lobe damage," the friend said.