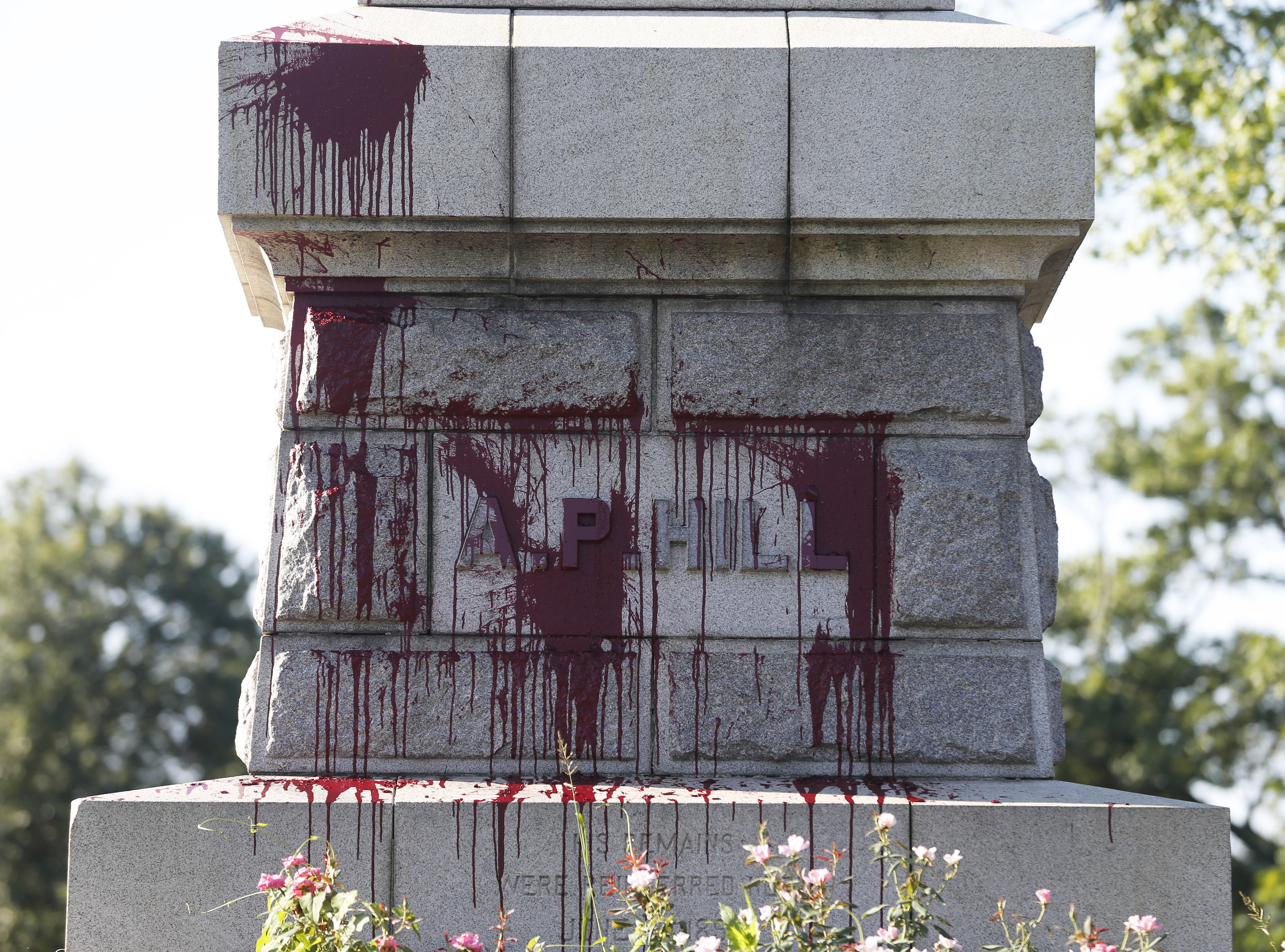 RICHMOND, Va. -- A Confederate statue in Richmond, Virginia, was vandalized overnight with what appears to be red paint. The vandalism followed this week's toppling of a Confederate monument in North Carolina.

"The Department of Parks, Recreation and Community Facilities is responsible for the removal of the vandalism," a Richmond Police spokesperson said, WTVR reported. "If the damage from the vandalism is $1,000 or more the person responsible can be charged with a felony."

Richmond has been debating what do with other Confederate monuments that stand on Monument Avenue in a different part of the city. The Hill statue hasn't been part of that discussion.

On Monday night, the controversial "Silent Sam" statue at the University of North Carolina at Chapel Hill was toppled by protesters. Students, faculty and alumni had called that statue a racist image and asked officials to remove it, though some argued it was a tribute to fallen ancestors.