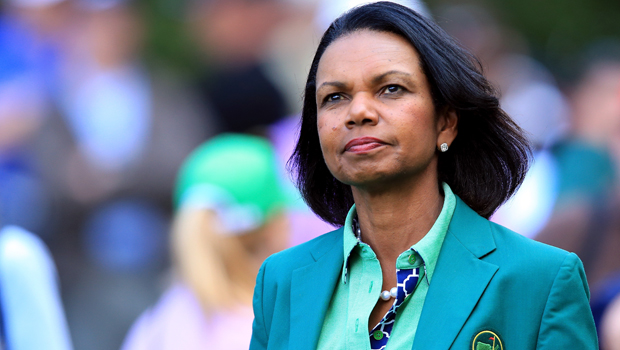 NEW BRUNSWICK, N.J. -- Former Secretary of State Condoleezza Rice has backed out of delivering the commencement address at Rutgers University following protests by some faculty and students over her role in the Iraq War.

Rice said in a statement Saturday that she informed Rutgers President Robert Barchi that she was declining the invitation to speak at the graduation.

"Commencement should be a time of joyous celebration for the graduates and their families," Rice said. "Rutgers' invitation to me to speak has become a distraction for the university community at this very special time."

The school's board of governors had voted to pay $35,000 to the former secretary of state under President George W. Bush and national security adviser for her appearance at the May 18 ceremony. Rutgers was also planning to bestow Rice with an honorary doctorate.

But some students and faculty at New Jersey's flagship university had protested, staging sit-ins and saying Rice bore some responsibility for the Iraq War as a member of the Bush administration. Barchi and other school leaders had resisted the calls to disinvite Rice, saying the university welcomes open discourse on controversial topics.

The news of Rice's decision came a day after Barchi spoke with students protesting Rice's planned speech and told them the board of governors would not rescind its invitation.

In her statement, Rice defended her record, saying that she was honored to serve her country and that she had "defended America's belief in free speech and the exchange of ideas." But she said she didn't want to detract from the spirit of the commencement ceremony.

Barchi said Saturday in a statement that Rutgers stands "fully behind the invitation" it issued to Rice. But he said school officials respect her decision.

"Now is the time to focus on our commencement, a day to celebrate the accomplishments and promising futures of our graduates," Barchi said.

The university said it would provide details in the coming days on who would replace Rice as commencement speaker. She is now a professor of political science at Stanford University.