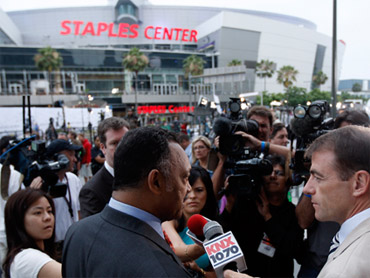 Getting pregnant can be difficult even under the best of circumstances. But there are a number of medical conditions that can make conception even harder.

For those hoping to have a baby, The Saturday Early Show's Dr. Mallika Marshall provided some advice on how to detect and protect yourself from risks that can cause infertility.

Marshall says the most important thing a woman can do to protect herself from infertility is adopt a healthy lifestyle. She recommends eating foods that are good for you as well as cutting out known risks such as alcohol and cigarette smoking.

It's also a good idea to make sure that you are in top physical shape. Women should do a moderate amount of exercise, but not too much. The healthier you are, the easier time you should have getting pregnant, barring any existing medical conditions.

There are a number of hard-to-detect medical conditions that can make conception harder. Here are a few of them:

Fibroids
Fibroids are non-cancerous growths in the uterus. As they grow larger, they can change the shape of the uterus. They are actually quite common, occurring in up to a quarter of women in their child-bearing years. There are several types of fibroids. One kind hampers fertility by preventing the embryo from implanting. Other types of fibroids can lead to miscarriages because they don't allow the baby to develop properly when it grows large.

In most women, there are no symptoms of fibroids. Others, however, will experience abnormal menstrual bleeding, pressure in the abdomen and urinary problems. Fibroids that don't cause symptoms are usually left alone. Others are removed through surgery, and many women find they can get pregnant after treatment.

Thyroid Disease
Your thyroid gland produces hormones that regulate many of the body's functions. Marshall says there are two types of thyroid problems that can lead to fertility problems. The first is hypothyroidism, which is triggered by an under-active thyroid. The second type is hyperthyroidism, which is a condition that thyroid produces too many hormones.

Marshall says thyroid disease may be caused by a genetic condition. So if it runs in your family, you may want to be tested for it. Because the symptoms can be very similar to those of more benign conditions, your doctor may not spot them right away.

Polycystic Ovarian Syndrome (PCOS)
Polycystic Ovarian Syndrome is a hormonal imbalance that affects a women's ability to ovulate. It affects more than 10 percent of women between the ages of 20 to 40. Symptoms include an irregular menstrual cycle, weight gain, acne and facial hair growth. Many women with PCOS are treated with diabetes drugs such as metformin, which helps to regulate the hormone levels. Marshall says these drugs are very effective at getting a woman to ovulate again.

If you've been having irregular periods for three months, ask your doctor to perform a PCOS screening test. And if you have a history of this syndrome in your family, be sure to tell your doctor, because there is evidence that it runs in families.

Endometriosis
Endometriosis is a condition where the same kind of tissue that lines the uterus moves to other areas such as the fallopian tubes, ovaries and bladder. When this happens, it can cause inflammation and scar tissue, which may block the fallopian tubes -- thereby hindering fertility. The symptoms include very painful menstrual cramps, as well as pain during urination and sexual activity.

Once a woman has been diagnosed with endometriosis, her doctor will probably put her on birth control pills, which contain progestin. The drug progestin has been shown to help shrink the size of the endometrial cells. If the problem is more serious, the doctor will perform surgery. About 65 percent of women who've had minimal surgery are able to get pregnant. But women who've had a more serious case of endometriosis have about a 35 percent to 40 percent chance of getting pregnant on their own, which is why they may want to consider in vitro fertilization.