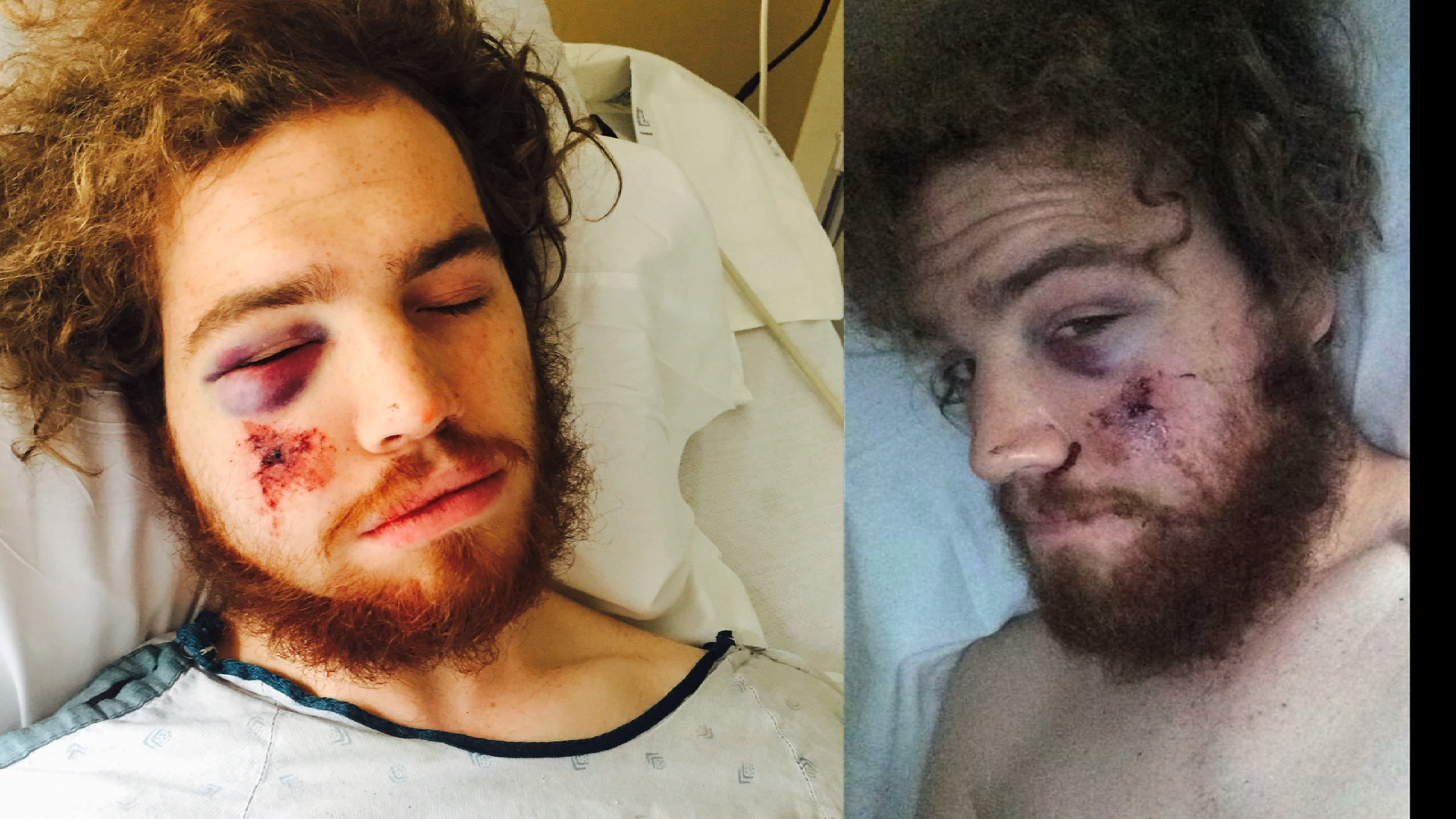 One cyclist, Mackenzie Jensen of south Minneapolis, was seriously injured. His mother tells the station he was biking in southwest Minneapolis around 5:30 p.m. Friday when he was attacked by someone who threw a concrete block about the size of a brick.

"[It] came flying at him out of nowhere and just cracked him in the face," his mother, Kristin Jensen, told the station.

Witnesses say a man driving a white Bronco and wearing a glove hurled the concrete chunk at Jensen, according to CBS Minnesota.

A cyclist who may have been riding with Jensen suffered minor injuries, Minneapolis Police spokesman John Elderman told 48 Hours' Crimesider.

Shortly before that, Elderman said, someone riding in a vehicle of the same description threw chunks of concrete at two other cyclists in southeast Minneapolis. The cyclists were not struck and didn't sustain injuries, Elderman said.

Elderman said the cyclists were targeted apparently at random, simply because they were riding bicycles, but without a suspect in custody it's hard to say for sure what the motive may have been.

"We had four people that had cement chunks thrown at them - all four were on bicycles," Elderman told Crimesider. "That was the common denominator."

"How could somebody do this to another human being? How could they live with themselves?" she said.

The suspect's car is described as a white or cream Ford Bronco with a possible broken window covered with wood. It's believed the driver threw the concrete with his left hand, reports the Minneapolis Star-Tribune.