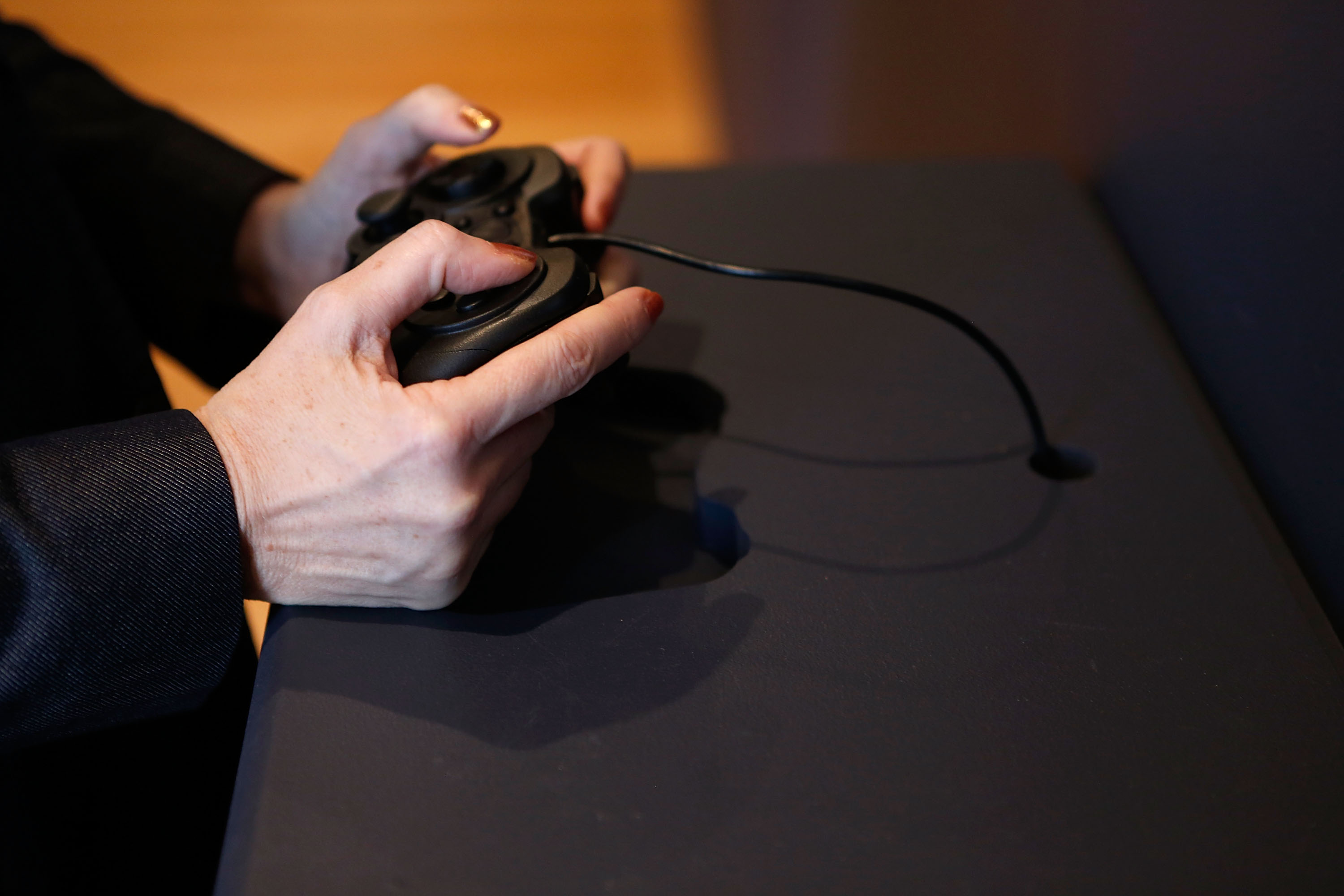 Elderly adults who tried special brain training computer games had better gait and balance afterward than their peers who didn’t play games, according to new research.

Walking requires people pay attention and use other thinking skills. In theory, slips and falls are more common for older people not only due to physical frailty, but to mental aging as well.

Renae L. Smith-Ray, a scientist at the Center for Research on Health and Aging at the University of Illinois at Chicago, explained to Reuters Health, "Because we know that degradation occurs with aging, in older participants we often consider interventions successful when they prevent or slow future decline."

She found the computer games did just that: they slowed the decline of people's balance and walking speed.

For the study, published in the November issue of The Journals of Gerontology: Series B, researchers randomly split 51 men and women age 70 and older -- average age of 83 -- into two groups. People in one group used the computer-based brain training program InSight for 10 weeks. Those in the other group were monitored but didn't do anything new.

"For instance, when walking down a busy street visuospatial processing is required to identify cracks or tripping hazards in the sidewalk, inhibition is required to tune out the distraction of children running and throwing a ball down the block and attention is required while watching traffic and responding to signals."

The computer group met in a classroom three times a week for one-hour sessions with the games.

At the end of ten weeks, participants who played the games were able to get up from a seated position and begin walking a couple of seconds faster than those in the comparison group, on average. They had been in similar shape at the beginning of the study.

But the computer game players didn't walk a 33-foot course any faster than other participants, whether they were distracted or not, at the end of the study.

The researchers also looked specifically at 30 of the slowest walkers, who initially took nine seconds or longer to walk 10 meters.

For slow walkers, walking speed and walking speed while distracted were both better in the computer game group at the end of the study.

Still, the researchers can't yet say if this improvement would be noticeable for most people in their daily lives or if the games would actually help prevent falls.

They also didn't include people with dementia or known learning problems in the study, so the results can't be widely generalized, said Dr. Alfonso Fasano, a Parkinson's disease researcher at the Neurology Institute of Università Cattolica del Sacro Cuore in Rome. He was not involved in the new research.

"Another important limitation of this study is that the outcomes were assessed immediately post-training, but the major obstacle to training in elderly is the decay of the improvement over time," Fasano told Reuters Health.

"The authors should have seen the long-term outcome, also assessing the number of falls and near-falls," he added.

"Executive functions are the cognitive processes that make us uniquely human and control our ability to plan, set goals and make good decisions," Smith-Ray said.

"Another important feature of any good cognitive training program, including the Posit Science program, is that it adapts to the users' performance: when the participant becomes better at the task, the task becomes more difficult so that the participant is constantly challenged."

But that's still only one part of the picture, Smith-Ray said.

Physical changes in the brain influence mobility, and there is also evidence for a "cognitive reserve," she said. That means years of regular physical and social activity can help to slow cognitive decline.

"The best way to enable healthy cognitive aging is by regularly challenging your brain," she said.

Previous studies have reported brain-boosting benefits in the elderly from playing video games.

In Sept., researchers at UC San Francisco found a 3D video game called NeuroRacer that got progressively harder as seniors played improved seniors’ multi-tasking abilities and boosted a neurological network responsible for goal-oriented processes to the point they resembled brains of younger people on tests.