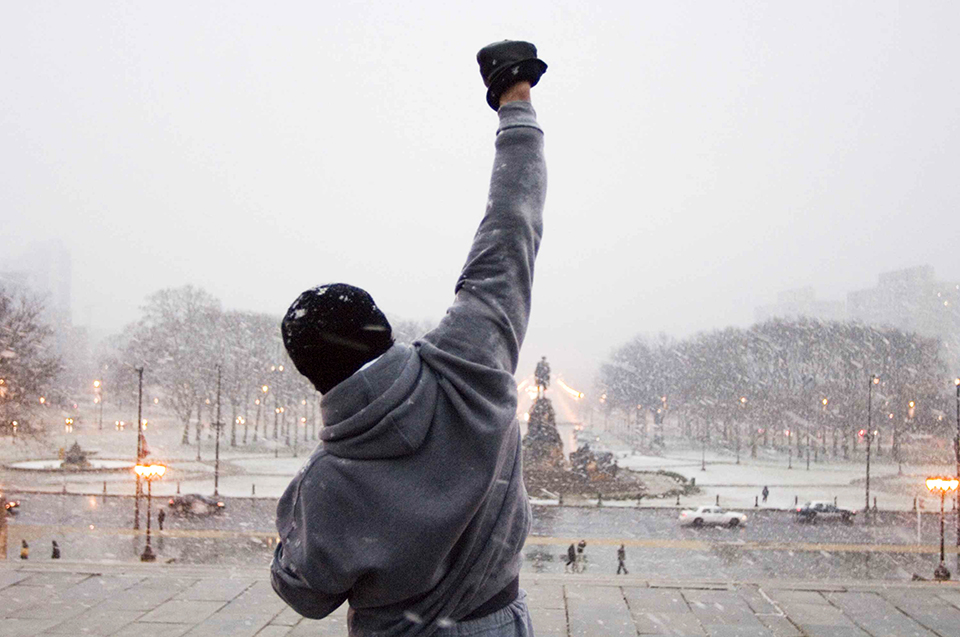 Take a small town. Add a team that no one expects to win. Throw in an inspirational speech, some memorable quotes and the rare ability to make a grown man weep. These are the ingredients of a great sports movie.

If you're having some friends over to watch the 2014 World Cup, take the party up a notch by watching one of these nine classic films after the match.


Let's begin with a ballpark favorite. Robert Redford stars as a mysterious middle-aged batter who returns to the game he left long ago. This baseball fantasy includes some memorable scenes like the strikeout of "The Whammer" and the dugout humming game. One of the coaches hums a '40s tune and the other guesses it to pass the time. The simple sequence is a statement on the timelessness and brotherly bonding of baseball.

Inspirational Clip: Robert Redford knocks one after another out of the park at batting practice. He's still got it!


Denzel Washington plays an African-American football coach hired to lead a newly integrated high school's team to victory in this dramatic Disney crowd-pleaser. The film includes an all star cast, overcoming adversity, and a lot of Motown. If you don't love this movie, you probably don't love America.

Inspirational Moment: The coach's turning point speech at Gettysburg that rivals the one Lincoln gave. If this doesn't inspire you, check your pulse.


Rewind to WWII, a time when our nation's Major Leaguers were off fighting in Europe. Thus, a baseball league for women was formed. Tom Hanks stars as the coach of the Peaches in the film that brought us the phrase "There's no crying in baseball!" True -- until I played Little League.

An Iowa farmer hears voices telling him to build a baseball diamond in his backyard. "If you build it, they will come," they tell him. But who is 'they' exactly? Hall-of-famers? Die-hard fans? A team of psychiatrists? Throw on this family film to find out.


Either your eyes roll when someone mentions it, or it's the most-watched DVD in your collection. "Caddyshack" is the "Animal House" of sports movies featuring Rodney Dangerfield, Bill Murray and a gopher that just won't die. Tiger Woods reportedly said he has seen this film more than 150 times, to give you an idea of its importance.


"Bull Durham" tells the story of Crash, a veteran minor league catcher; Nuke, a rookie pitcher; and Annie, a baseball fan who gets involved with a different player every season. In this oversexed sports comedy, the players certainly round a lot of bases. It also features possibly the greatest mound conference in the history of the sport. Abner Doubleday couldn't have scripted it any better -- "Candlesticks always make a nice gift."

Inspirational Moment: Not that inspirational, but this is a very important scene, which speaks to the issue of lollygagging.


With all this talk about pro boxers and female baseball players, it's easy to forget about the people behind the scenes: sports agents. That's Jerry Maguire's game, and hes getting tired of the way he's playing it, so he writes a manifesto about the industry and gets laid off. The "ambassador of the quan" sets out with a goldfish, 26-year-old Dorothy Boyd, and client, Rod Tidwell, played by Cuba Gooding Jr. What ensues is one of the most highly quoted films of the '90s. This movie had me at hello.

Inspirational Moment: This whole movie is an inspirational moment, but this is another level.

It began with an unknown actor named Sylvester, no less, penning a script about an underdog boxer with fists of steel and a heart of gold. Today, it's a worldwide phenomenon with five sequels and a Broadway musical. "Rocky" is arguably one of the greatest rags-to-riches stories of our time and certainly one of the most inspirational sports movies. It's about hope, about believing in yourself, and about recognizing your greatest adversaries, and punching them in the face.

Inspirational Moment: The scene that paved the way for all sports training montages.


Hoosiers, a film about a small town basketball team and the man that lead them to greatness, is the gold standard sports movie. The film features Jimmy Chitwood, The Picket Fence, and the worst case of delirium tremens since Ray Milland in "The Lost Weekend." We gave Hoosiers first place because it has all the necessary sports movie components: an unconventional coach, that one really talented player who doesn't want to join the team at first but then does anyway, and that heart-stopping, slow-motion winning shot. When it comes to choosing the ultimate movie to accompany your World Cup screening party, this may be the one.

Al Pacino's "Inches Everywhere" speech in "Any Given Sunday." Not the whole movie. Just the speech.