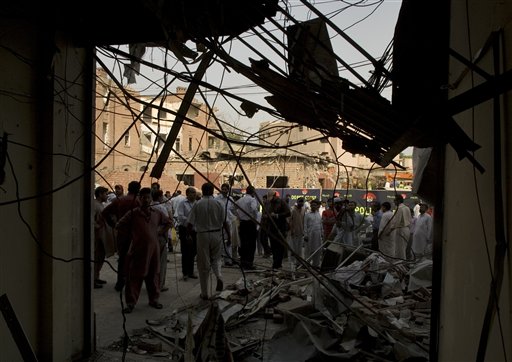 President Bush delivered a feel-your-pain message to a region hard-hit by the economic slump, pledging Tuesday that his blend of tax cuts, expanded trade and deregulation would accelerate recovery.

Mr. Bush, raising money for California's GOP gubernatorial candidate and trying to soften his conservative image in this heavily Democratic state, tailored his message to the high-tech companies that help propel the U.S. economy.

"I understand people are hurting here in the Silicon Valley," Mr. Bush said at a fund-raiser for Bill Simon. He cited brightening economic figures, but said: "So long as people can't find work, I'm worried."

"We must turn our short-term recovery into long-lasting expansion that reaches every part of our economy," he said at a second speech.

With his focus dominated the last seven months by the war on terrorism and more recently by the Middle East, the president was eager to get back on the compassionate conservative scoreboard, reports CBS News Correspondent Mark Knoller.

"It is compassionate to actively help our fellow citizens in need. It is conservative to insist on responsibility and on results," Mr. Bush said.

He also issued a veiled response to his Democratic critics, saying the measure of compassion is more than good intentions. In his words, "Sympathy is not enough. We need solutions in America."

The Silicon Valley has been deeply affected by the recession. The unemployment rate in Santa Clara County, the heart of the valley, was 7.4 percent in March, well above the March 2001 mark of 2.2 percent.

Recent economic reports suggest the nation is pulling out of the slide, but Bush said business investment and job creation "are not what they should be."

"We cannot be content with one quarter's news," Mr. Bush said. He called anew for the Senate to pass legislation that would grant him broader powers in negotiating trade pacts, which he said would boost exports, vital to this high-tech region.

"I know American technology companies are the best in the world and we must open new markets so they can sell to the world," he said.

Mr. Bush credited his $1.35 trillion, 10-year tax cut for speeding the recovery. And, he said, "Our economy grows when entrepreneurs are rewarded for their success, not hounded by regulation and needless litigation."

The president has bolstered his conservative credentials through nearly a year and a half in office with the tax cut, big increases in defense spending and a business-friendly approach to regulation.

In Democratic territory Tuesday, he emphasized the "compassion" in his "compassionate conservative" approach. The president announced no initiatives, but released a summary of previous proposals and programs he has discussed since taking office. By talking about policy, he was able to split the cost of his fund-raising foray between taxpayers and the GOP.

Mr. Bush talked up his proposal to expand the role of religious groups in government social services, now stalled in the Senate; his focus on education as a key to escaping poverty, and his welfare plan, which would require more work from recipients.

At the same time, he reiterated that his approach on such issues as welfare and education demands accountability from those who benefit.

Mr. Bush's trip to California, the nation's most populous state, was built around a pair of fund-raisers for GOP gubernatorial nominee Simon, the wealthy businessman the White House opposed in last month's primary but who came from behind to win anyway. The fund-raisers were expected to raise $4.5 million, almost all for Simon, campaign spokesman Jeff Flint said.

"I am proud to support this new face in American politics," Mr. Bush said of Simon.

Some 300 protesters shouted at the president's motorcade as he entered the Santa Clara Convention Center for the fund-raiser, demonstrating against U.S. support for Israel, Mr. Bush's policies on abortion and the environment and the prospect of war against Iraq.

"I don't buy a word of the 'compassionate' at all," said protester Joel Frangquist, 25, of San Francisco. "Where's the compassion for the people of Iraq, for the Palestinians, for the people who have been laid off because of a phony recession?"