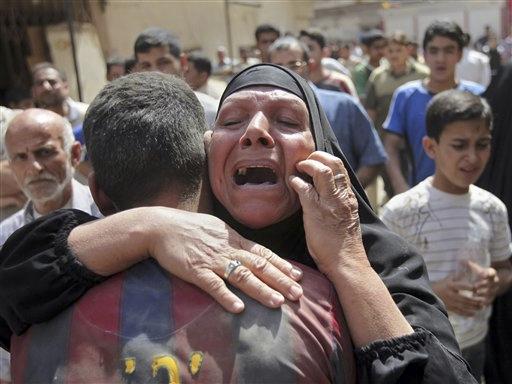 An 8-year-old girl who suffers from a rare digestive disorder and cannot consume wheat has had her first Holy Communion declared invalid because the wafer contained none, violating Catholic doctrine.

Now Haley Waldman's mother, Elizabeth Pelly-Waldman, is pushing the Diocese of Trenton and the Vatican to make an exception, saying the girl's condition — celiac sprue disease — should not exclude her from participating in the sacrament, in which Roman Catholics eat consecrated wheat-based wafers to commemorate the last supper of Jesus Christ before his crucifixion.

Haley's first communion was a magical event, other than having to wear a dress, which the tomboy hated, it went off without a hitch. Then her mother found out that church officials invalidated her daughter's sacrament, reports CBS News Correspondent Elizabeth Kaledin.

"In my mind, I think they must not understand celiac," said Pelly-Waldman, 30. "It's just not a viable option. How does it corrupt the tradition of the Last Supper? It's just rice versus wheat."

It's more than that, according to church doctrine, which holds that communion wafers must have at least some unleavened wheat, as did the bread served at the Last Supper.

The Diocese of Trenton has told Waldman's mother that the girl can receive a low-gluten host, drink wine at communion or abstain entirely, but that any host without gluten does not qualify as Holy Communion.

Pelly-Waldman rejected the offer, saying even a small amount of gluten could harm her child. Gluten is a food protein contained in wheat and other grains.

"This is not an issue to be determined at the diocesan or parish level, but has already been decided for the Roman Catholic Church throughout the world by Vatican authority," said Bishop John M. Smith.

"Hosts that are completely gluten-free are invalid matter for the celebration of the Eucharist," Smith said in a prepared statement released by the diocese.

Celiac sprue disease, an autoimmune disorder, occurs in people with a genetic intolerance of gluten.

When consumed by celiac sufferers, gluten damages the lining of the small intestine, blocking nutrient absorption and leading to vitamin deficiencies, bone-thinning and sometimes gastrointestinal cancer.

Some Catholic churches allow the use of no-gluten hosts, others don't, according to Elaine Monarch, executive director of the Celiac Disease Foundation, a Studio City, Calif.-based support group for sufferers.

"It is a dilemma," said Monarch. "It is a major frustration that someone who wants to follow their religion is restricted from doing so because some churches will not allow it."

"It is an undue hardship on a person who wants to practice their religion and needs to compromise their health to do so," Monarch said.

Haley Waldman, a shy, brown-haired tomboy who loves surfing and hates to wear a dress, was diagnosed with the disorder at 5.

"I'm on a gluten-free diet because I can't have wheat, I could die," she said in an interview Wednesday.

Last year, in anticipation of the Brielle Elementary School third grader reaching Holy Communion age, her mother told officials at St. Denis Catholic Church in Manasquan that the girl could not have the standard host.

The church's pastor, the Rev. Stanley P. Lukaszewski, told her that a gluten-free substitute was unacceptable.

But a priest at a nearby parish contacted Pelly-Waldman after learning about the dilemma, volunteering to administer the sacrament using a gluten-free host.

She said she won't identify the priest or his parish for fear of repercussions from diocese.

On May 2, Waldman — wearing a white communion dress — made her first Holy Communion in a ceremony at the priest's church. Her mother, who also suffers from celiac and had not received communion since her diagnosis four years ago, also received.

But last month, the diocese told the priest that Waldman's sacrament would not be validated by the church because of the substitute wafer.

"I struggled with telling her that the sacrament did not happen," said Pelly-Waldman. "She lives in a world of rules. She says, 'Mommy, do we want to break a rule? Are we breaking a rule?'"

Now, the mother is seeking papal intervention. She has written to Cardinal Joseph Ratzinger, prefect of the Congregation for the Doctrine of the Faith in Rome, challenging the church's policy.

"This is a church rule, not God's will, and it can easily be adjusted to meet the needs of the people, while staying true to the traditions of our faith," Pelly-Waldman said in the letter.

For her part, Pelly-Waldman — who attends Mass every Sunday with her four children — said she is not out to bash the church, just to change the policy that affects her daughter.

"I do believe that the church can grow and change to meet the needs of the people and now we need to show them that there is a need," Pelly-Waldman said.