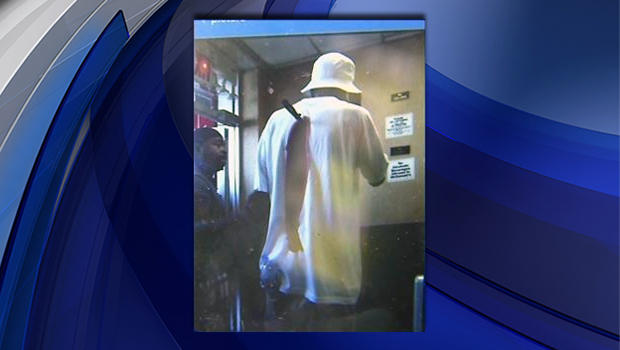 NEW YORK -- A harrowing scene unfolded at a McDonald's in New York City after a man walked into the restaurant with a knife sticking out of his back, CBS New York station WCBS-TV reports.

The incident occurred around 10 a.m. Tuesday at a McDonald's in the Jamaica neighborhood of Queens.

The victim was stabbed in the back but managed to walk down the block and into the restaurant with blood pouring out of the wound, witnesses said.

"I heard everybody screaming, and it was a lot of commotion," witness Tromaine Yancey told WCBS-TV. "The guy came in, and he was standing there with a knife sticking out of his back. It was a kitchen knife."

Another witness who works in a nearby food truck told CBS station WINS-AM that the incident stemmed from a fight that happened Monday.

"They came and stabbed him. They had a fight yesterday," he said.

Shocked customers ditched their food to make sure the victim didn't fall onto his back until emergency responders arrived.

The victim was taken to Jamaica Hospital in serious condition, WCBS-TV reports.

Police are looking to speak with two men who they believe had been arguing with the victim before he stumbled into the McDonald's.