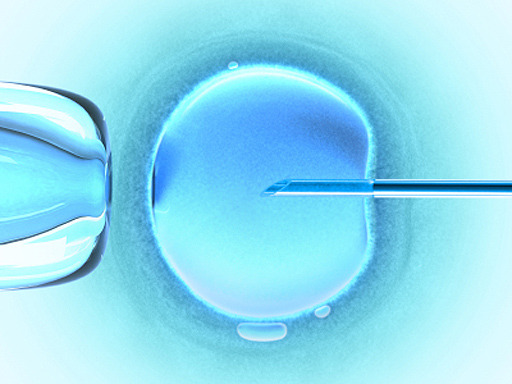 (CBS News) More than 3.7 million babies each year are born with help from fertility treatments. A new Australian study examines the risk for birth defects associated with the different types of assisted reproductive technology.

Researchers compared risk of major birth defects - such as cerebral palsy or heart or gastrointestinal defects - among babies born with help of the most commonly available types of fertility treatments, including IVF (in vitro fertilization), ICSI (intracytoplasmic sperm injection) and ovulation induction, by reviewing a South Australian registry of more than 300,000 birth records and 18,000 birth defects. The researchers identified 6,100 assisted reproductive technology births, and found an 8.3 percent risk for any birth defect in pregnancies that involved any type of fertility treatment, compared with a 5.8 percent chance of a birth defect among pregnancies not using assisted conception.

There was a 7.2 percent risk of birth defects among babies born through IVF and a 9.9 percent risk for babies born through ICSI. In IVF, eggs from a woman's ovaries are fertilized by sperm in a lab before being implanted in the uterus. ICSI is a type of IVF in which a single sperm is injected into a mature egg that is then placed in the woman's uterus or fallopian tube.

Risk was for birth defects was tripled among women who used clomiphene citrate (Clomid) to induce ovulation outside of a doctor's office. The findings are published in the May 5 issue of the New England Journal of Medicine.

In particular for ICSI, the risk may be associated with freezing embryos (cryopreservation) and "may be due to developmentally compromised embryos failing to survive the freeze/thaw process," said associate professor Michael Davies from the University of Adelaide's Robinson Institute and School of Paediatrics and Reproductive Health in Australia, in a written statement.

The researchers however warn the overall risk remains relatively small - when they adjusted for data to factor in a mother's age or whether she was a smoker, the risk decreased.

"I don't want to scare people," because the vast majority of babies are born healthy, Davies told the Associated Press. He also noted a history of infertility and other underlying health conditions could  raise risk for birth defects come pregnancy.

"So when they take age and other factors into account, IVF no longer poses an increased risk," added Dr. Avner Hershlag, chief of the Center for Human Reproduction at North Shore University Hospital in Manhasset, N.Y., who was not involved in the new study, to HealthDay . "This is excellent news for our patients."

"For the most part, this confirms what was already known," Dr. Bradley J. Van Voorhis, a professor of obstetrics and gynecology at the University of Iowa College of Medicine in Iowa City, told WebMD. "It does lend strength to the idea that infertile couples in general are at increased risk of having a child with a birth defect, regardless of whether they're treated or not."