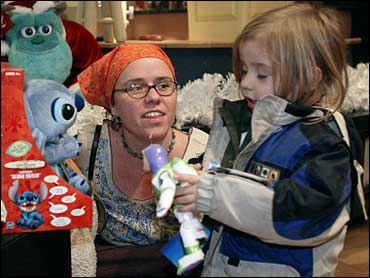 This story from National Review Online was written by Catherine Seipp.


My sister was cast recently in a European candy commercial that showed a dull party suddenly livening up with the arrival of fun and festive candy. The commercial was shot here in L.A., so she and the other Americans were surprised when the child actors were instructed not to reach for the candy bowls in a scene depicting a bacchanalia of candy-grabbing whoopee. That's because many European countries ban commercial scenes of children eating junk food.

You don't have to be a free-market purist to be rather shocked at such nanny-state meddling. Cigarettes are one thing, but candy?

On the other hand, considering that studies have linked advertising with the real and growing problem of child obesity, and that marketers are increasingly targeting younger and younger children, you don't have to be a nanny-state true believer to suspect that we may have a problem. And the pendulum may be swinging back. Last month Senator Tom Harkin (D., Iowa) introduced a bill that would once again allow the Federal Trade Commission to restrict food advertising to children -- authority the FTC lost in 1980.

"We're one of the few major democracies without regulation of marketing to children," Dr. Susan Linn, a Harvard Medical School psychologist and author of the new book "Consuming Kids: The Hostile Takeover of Childhood," told me. "It's too pervasive now and parents need help." Some marketers refer to catching the attention of youngest consumers as "the drool factor."

As Dr. Linn explained it: "They drool and look down at their overalls and see the brand. These are ads that are specifically designed to exploit a child's developmental vulnerability. There used to be a K-Mart ad: 'This is brought to you by the K in K-Mart, like Sesame Street. Yes, it's brilliant, but that doesn't make it good."

In the brave new world of cradle-to-grave branding, to use one of the youth marketing trade's favorite catchphrases, no longer are children seen as customers merely for breakfast cereals, fast food, toys, cartoons, candy, and other childhood staples. Lately they've been targeted by purveyors of designer clothes, luxury cruises, medicine, teen idol CDS, big-ticket items like cars and (until the FTC cracked down on this a few years ago) R-rated films.

Although my libertarian friends may not approve, I'm glad that public pressure and embarrassment among Hollywood executives in the wake of the R-rated marketing-to-minors scandal resulted in voluntary curbs. Disney, for instance, quickly banned ads for R-rated films before 9 P.M. on its ABC network. This irked competing studios, but some followed suit.

I'm sure they didn't enjoy hobbling themselves like this. Advertisers have been focusing more on children since the early '90s, when companies realized that kids -- the ultimate impulse buyers whose income is by definition entirely disposable -- were the perfect recession-proof market.

Disney is widely admired in the advertising industry for how skillfully the company cross-markets its many products. Teachers in elementary schools near the company's Burbank headquarters began noticing this several years ago, not always happily. "They told us we were going to meet afterwards for a science assembly," complained one, who was invited to bring in her class as a focus group to view a proposed half-hour show for children. "But rather than asking, 'What did you learn about Mars?' it was, 'Would you buy Ricky Rocket pajamas?'"

Marketing consultant James McNeal has a simple explanation for why companies are focusing so sharply on children: "There's only one way to increase customers," he said. "Either you switch them or you grow them from birth. Parents who are concerned about in-school marketing are complaining about something they created. They begin taking babies to the mall at a median age of two months."

It wasn't always thus. McNeal is an industry guru now because of his thousands of research papers and several influential books, most notably "Kids as Consumers: a Handbook of Marketing to Children." But he still remembers the stony response he got while presenting a paper called "Penny-Candy Purchasers" to a roomful of advertisers in the '60s. "Except for the good food I'd provided they would have walked out on me," he recalled with a grandfatherly chuckle. "But they're not laughing now."

But even McNeal has criticized the Trojan Horse tactics of smuggling brand names like McDonald's or Lucky Charms into media product aimed at children, which is what the popular Neopets online game does. The advertising "just goes unnoticed by the child, much less the parent," McNeal told Time a couple of weeks ago. Drug companies have even gotten into the promoting-to-kids business.

"The thing that is so insidious is coming between parents and children," says Susan Linn. "There's a woman named Cheryl Idell, who did a study for Western Media that discussed the effectiveness of importance nagging, as opposed to mere persistence nagging." Idell, who now heads 20th-Century Fox's media and research department, is indeed something of a legend in the children's marketing business for her work on the fine art of whining.

"The study was called 'The Nag Factor,'" Idell explained cheerfully when I asked about it. "And it basically distinguished between 'Gee, I want the pink Barbie because she's pretty' and 'Gee, I really want the Barbie Dreamhouse so Barbie and Ken can have a family.' We found more products were bought when kids whined with importance rather than persistence. You have to put copy into the ad that gives kids all the reasons they should want this, in language they can express to parents."

As it happens, Idell is a mother herself. How does she deal with advertising's effect on her own children?

"I do think there are places ads should be off limits," she said. "Maybe schools, but the flip side of that is schools need money." Once though, her daughter remarked that a certain product must not be very good because she hadn't seen it on TV. Noted Idell: "We had a very frank discussion about that."

Catherine Seipp is a writer in California who publishes the weblog Cathy's World. She is an NROcontributor.

By Catherine Seipp
Reprinted with permission from National Review Online