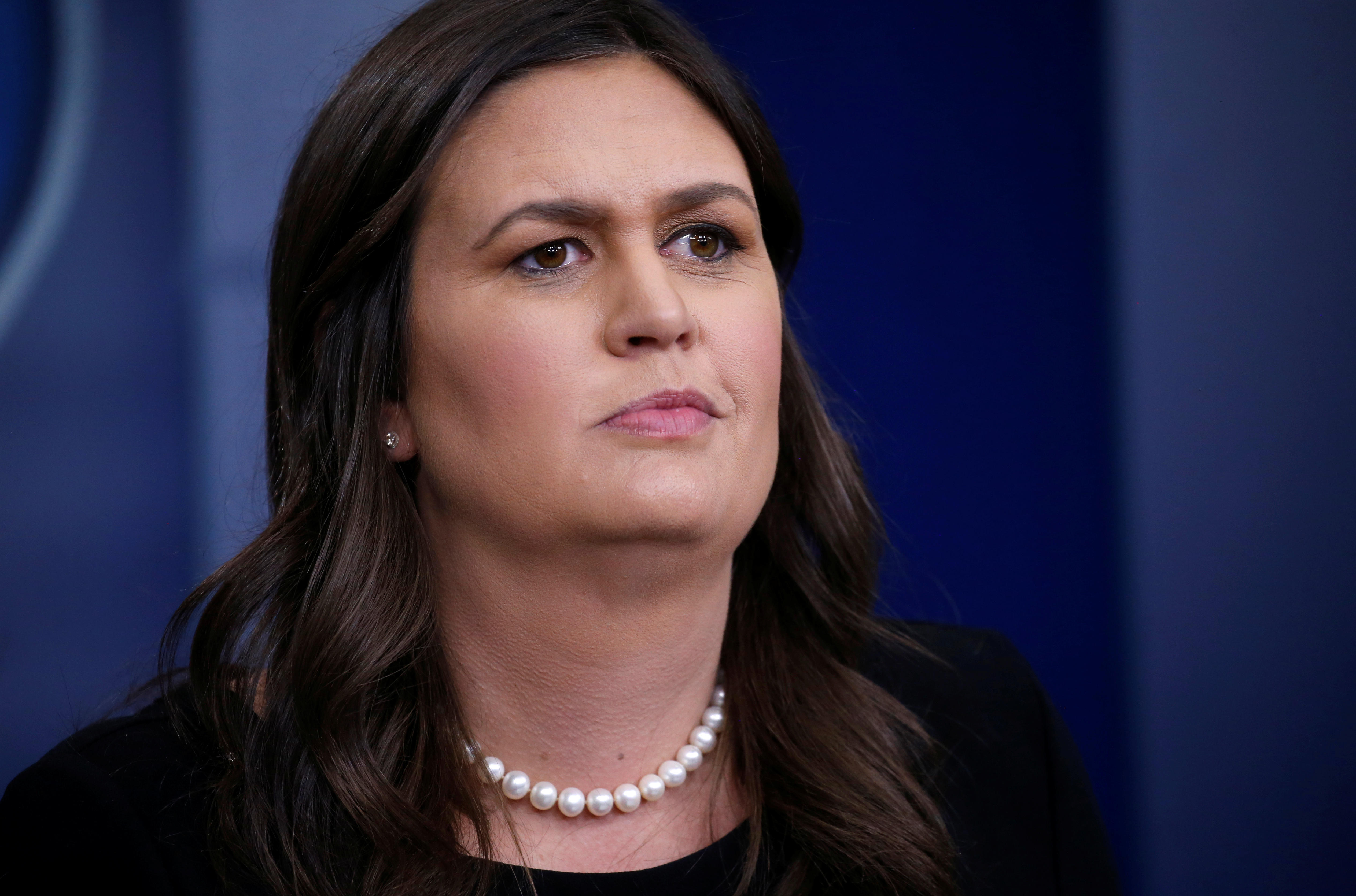 When it comes to the story of Sarah Huckabee Sanders and the Red Hen restaurant, you can't blame conservatives for being confused.

A few weeks ago, the owner of Colorado's Masterpiece Cakeshop was a national villain for refusing to bake a custom cake to celebrate a same-sex marriage. American liberals were outraged when the U.S. Supreme Court -- by a 7-2 margin -- refused to force the owner, Jack Phillips, to either set aside his moral objections to gay marriages and make the cake or else shut down.

"The Court today has offered dangerous encouragement to those who would deny civil rights to LGBT people and people living with HIV," Lambda Legal CEO Rachel B. Tiven said at the time.

"Bigotry Baked In" was the headline from the National Center for Transgender Equality.

And while liberals across the country slammed the bakery's Yelp page with negative reviews, one denouncing its "hatred sweets," Hollywood figures like Seth McFarlane and Judd Apatow took to Twitter to denounce the court's ruling: "the Supreme Court has approved of hate," Apatow wrote.

So refusing to serve someone because doing so would violate your personal beliefs on what you believe is an important moral issue -- that's bad, right?

The Washington Post reports that the owner of the Red Hen, a small farm-to-table restaurant in Lexington, Virginia, refused to serve White House press secretary Sarah Huckabee Sanders on Friday night. Why? "This feels like the moment in our democracy when people have to make uncomfortable actions and decisions to uphold their morals," Red Hen owner Stephanie Wilkins told the Post.  "We just felt there are moments in time when people need to live their convictions. This appeared to be one."

You can practically hear the neck-snapping double-takes from the American Right echoing across the internet. "Sarah Sanders can now drive in Saudi Arabia, but not dine freely in Virginia," conservative wit @Hale_Razor quipped on Twitter.

The treatment of Sanders at the Red Hen restaurant is the very incarnation of the double standard many conservative Americans feel they've lived under for years. Their social media feeds are full of liberals supporting the very same behavior for which they've been condemned as (literally) "bigots" and "Nazis."

Liberal activists who denounced the Colorado bakery rushed to the internet to celebrate the treatment of Sarah Huckabee Sanders.

"Sarah Sanders is whining about not being served at the Red Hen restaurant, because she is a terrible person who lies for Trump and hurts this country," said Democratic Coalition founder and MSNBC contributor Scott Dworkin. "Cry me a river. Go eat at a KKK restaurant."

New York playwright Paul Rudnick said Sanders "should get used to being denied entry at nice places, like restaurants, democracies and heaven."

And the same Judd Apatow who decried the Masterpiece Cakeshop ruling retweeted messages supporting the Red Hen's refusal of service.

Just this week, conservatives have seen Sanders ejected from a restaurant, Department of Homeland Security Secretary Kirstjen Nielsen being screamed at while she ate dinner at a Mexican restaurant in D.C., and Seth Rogen on CBS' "The Late Show with Stephen Colbert" bragging about how he refused to take a photo with House Speaker Paul Ryan and his family (he had already taken a picture with Ryan's sons). And instead of being viewed as "terrorists" and "extremists," as Tea Partiers were during the Obama era, the perpetrators are celebrated for standing up to "evil."

Not everyone on the Left had the same reaction, though. Former President Obama's senior political adviser, David Axelrod, had a message for his fellow liberals: "Kind of amazed and appalled by the number of folks on Left who applauded the expulsion of @PressSec and her family from a restaurant.  This, in the end, is a triumph for @realDonaldTrump vision of America: Now we're divided by red plates & blue plates!"

On CBS News' "Face the Nation" Sunday, Congressman Elijah Cummings, D-Maryland, concurred: "As far as the restaurant incident, I think the restaurant owner should have served her. I really do."

But conservatives believe, and with good reason, that the view of the liberal-dominated media culture is that tolerance and understanding is one-way street. "Tolerate us," they say, "or we'll come after you."

Cultural conservatives realize that they are a political minority in America.  With the glaring exception of abortion (American support for pro-life positions has increased over the past two decades), they have largely lost the battles for what the believe are fundamental family values necessary for the nation to succeed and prosper.  As a political force, they've moved from their "Moral Majority" days of offense to a position of defense. They're asking the tolerant, inclusive Left to simply leave them alone. Their belief that progressives are determined to force them into accepting liberal views was one reason many evangelicals set aside their "Character counts" mantra in order to back Trump.  The Left, they believe, isn't interested in political co-existence, but rather total victory.

The latest twist in the Sanders' saga appears to confirm that belief.  On Sunday, the news cycle turned from the uncivil treatment of the White House spokesperson to a claim that she's broken the law by defending herself.

Obama's director of the Office of Government Ethics, Walter Shaub, accused Sanders of violating federal law when she tweeted about being kicked out of the restaurant. "Sarah, I know you don't care even a tiny little bit about the ethics rules," Shaub tweeted, "but [U]sing your official account for this is a clear violation of 5 CFR 2635.702(a). It's the same as if an ATF agent pulled out his badge when a restaurant tried to throw him/her out. "

Unmentioned, however, was the fact that Sanders was responding to reports about the incident by, among others, Red Hen employees who took to social media to brag about turning her away. One posted a photo of the restaurant's white board declaring "86— Sarah Sanders." (The term "86" is restaurant jargon that means that an item has been removed from the menu or refusal of service).

Ari Fleischer, who had Sanders' job in the George W. Bush's White House, made this observation: "I guess we're heading into an America with Democrat-only restaurants, which will lead to Republican-only restaurants. Do the fools who threw Sarah out, and the people who cheer them on, really want us to be that kind of country?"

Matt Yglesias, of liberal website Vox.com, replied, "Who is going to cook the food at Republican-only restaurants," a reference to Republican support for border security.

Always on offense. No matter how offensive. That's the dish being served to many American conservatives today.