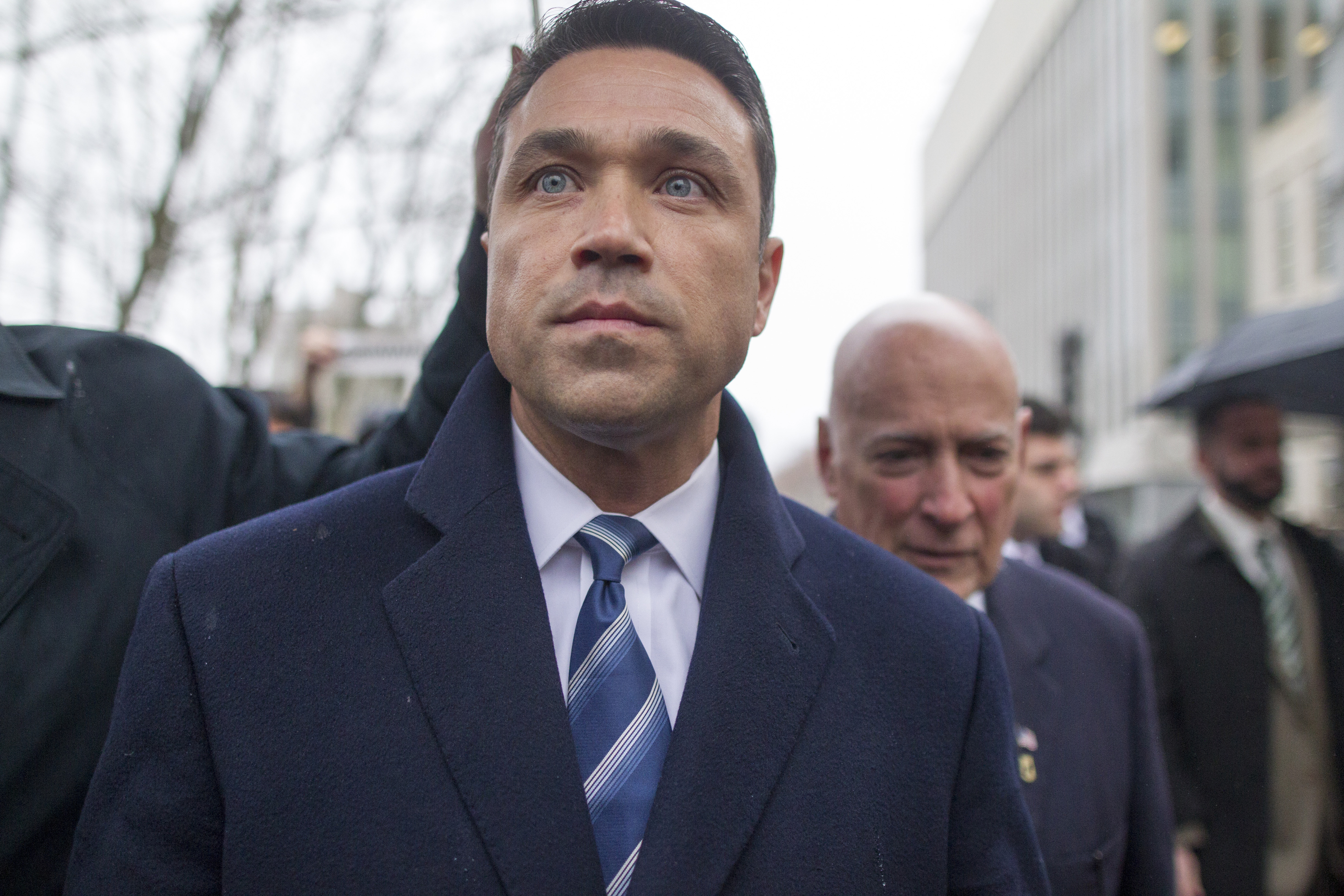 What does the unlikely return of Michael Grimm tell us about the Republican Party in the Trump era?

Elected to Congress in 2010, Grimm represented a district that includes all of Staten Island and a chunk of Brooklyn. It is the only reliably Republican seat in New York City, and Grimm was reelected in 2012 and 2014, the last time while he was under federal indictment. He resigned his seat later that year after pleading guilty to tax evasion.

And now he wants his old job back.

"I think the overall experience has made me stronger," Grimm tells me about his experience behind bars, although he's otherwise reluctant to say prison changed him. "It gave me even more resolve to serve… I think I've become an even stronger Constitutionalist, if you will. I've certainly become a bit more conservative, and more leery of government overreach, and so on."

Grimm was released in May 2016 after a seven-month stint at the McKean Federal Correctional Institute in Western Pennsylvania. And now he's running against the man who replaced him in Congress, fellow Republican Dan Donovan, in the GOP primary.

What could have been a sleepy primary is now generating quite a bit of coverage. And that's because Grimm has been in trouble since roughly the moment he entered Congress. He once threatened on camera to break a reporter "in half -- like a boy." He's been accused of pulling out a gun in a Queens nightclub. He has admitted to hiring illegal immigrants at a Manhattan restaurant called Healthalicious, which he once co-owned, and lying under oath while serving in Congress.

To hear him tell it, Grimm is running again because Donovan has done a lousy job of representing "my constituents." But Grimm's other big charge, which constitutes the theme of his comeback attempt, is that Donovan "has been against our president, and that's unacceptable to me."

How has Donovan been against Trump, with whom he votes 89 percent of the time? Grimm dismisses that number, arguing that Donovan is "anti-Second Amendment" and "for amnesty." He points to Donovan's support for DACA.

But didn't Grimm once vote in support of DACA too?

"You'd have to give me the vote on that," Grimm says. "Off the top of my head, I don't know what vote you're talking about."

Sure enough, Grimm was one of only six Republicans to vote against an anti-DACA amendment in 2013.

Did Grimm always support Trump? No, he told me, but he came around after watching Trump "eviscerate" his competition in the GOP primaries. Was he happy to vote for Trump? Grimm first tried to dodge the question, but when pressed, he admits that he wasn't yet eligible to cast a ballot due to his felony conviction.

Grimm's appeal is not that he's particularly consistent or ideological. And it's certainly not that he's some of beacon of virtue. He's really a bit of a populist huckster, a political genre that includes everyone from Jim Traficant to Marion Barry. Still, he's challenging Donovan from the right, and last week his campaign was given the imprimatur of Steve Bannon himself. "Steve likes the fact that Grimm is a straight-talking, fire-breathing, conservative populist," a Bannon ally told The New York Times.

What populist hucksters get is that most people expect politicians to lie and cheat a little bit. A lot of voters, they realize, are really just looking for someone who will hustle on their behalf. A successful populist huckster connects with his constituents, and looks out for them, much as Grimm did after Hurricane Sandy pummeled his district in 2012.

The national ambitions and fancy educations and greased-pole climbing that weigh heavily on your normal Congress critter aren't apparent in a guy like Grimm. A back-row seat in Congress is as much as he'll ever get and probably all that he wants. Voters, seeing this, might logically conclude he'll fight like hell for the people who put him there.

And so what, the thinking goes, if his personal financial background has been a little dodgy? The sins of the populist huckster are venal ones. He might pay some illegal workers under the table, as Grimm did, but he's not going to sell out people's pensions at the behest of the banks, or lead us into some war your kids will have to fight in. As Carmela Soprano once said of Tony, we all know there are bigger crooks out there.

Populist hucksterism is not new. The difference now is that it's become a guiding principle of the Republican Party. Grimm is careful not to compare himself to Donald Trump, but speaks of him with admiration. He knows that the two outer-borough Republicans have quite a bit in common. Grimm, after all, was complaining about being the subject of a "political witch hunt" back when Trump was still a reality TV star from Queens.

In 2017, however, Grimm's tough talk, political acumen, and checkered past are more than enough to get him the nod from Bannon and company. The Trump-era GOP is all about style, and in that sense Michael Grimm is a perfect Republican candidate: an abrasive no-nonsense tough guy, no better than you and no worse than them.

The truth is, Michael Grimm probably hasn't changed. But his party has.