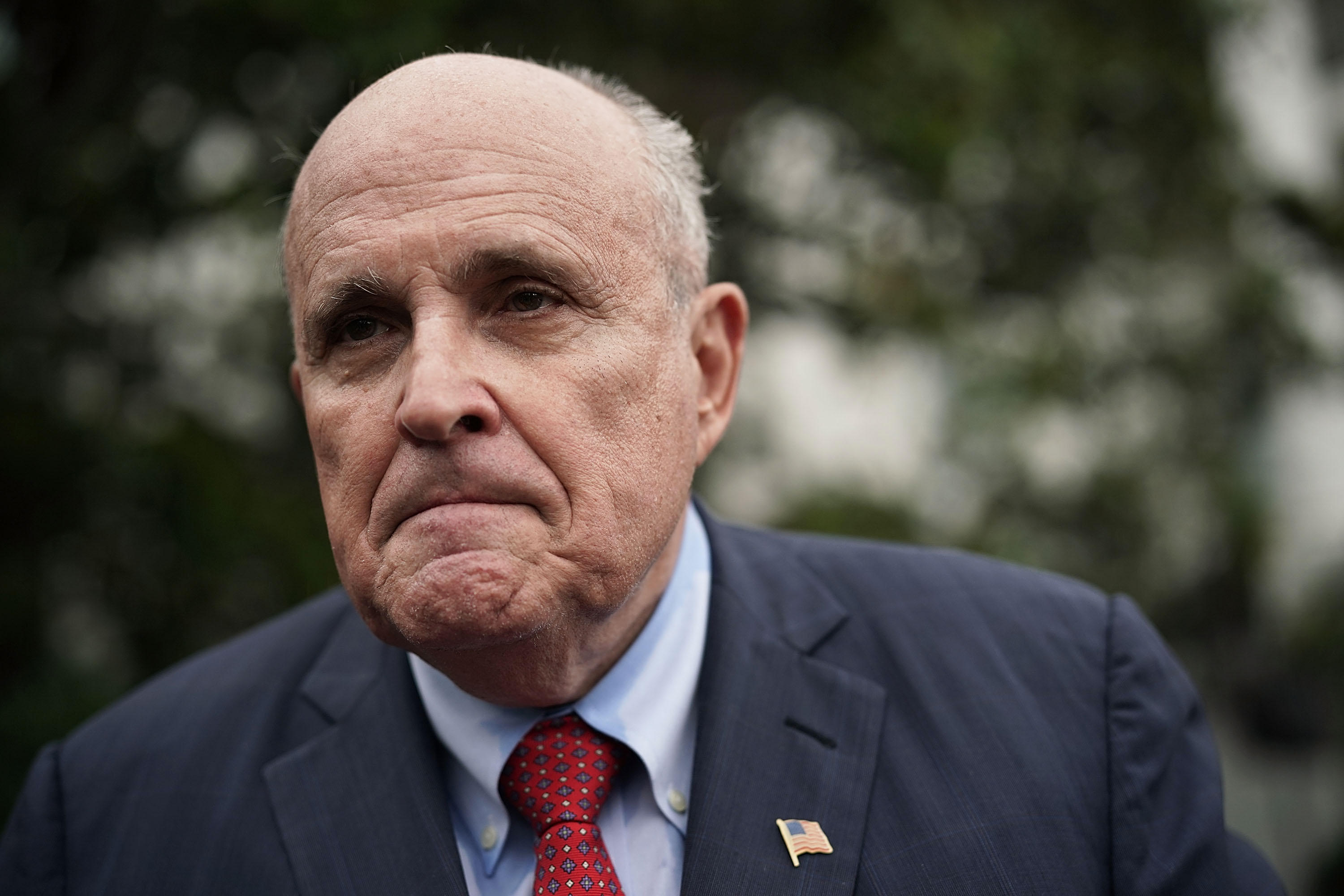 The story of the GOP midterms may have just played out on a harbor side dock in Portsmouth, New Hampshire.

That's where Rudy Giuliani was on Wednesday, the celebrity draw at an event for a local Republican congressional candidate, Eddie Edwards. Edwards is a retired police chief, a military veteran and, as an African-American Republican in the current political climate, an attractive candidate.  Giuliani was in New Hampshire to endorse Edwards and help bring attention to his GOP primary race.

Instead, the headlines were all about Donald Trump's tweet urging his attorney general to fire Robert Mueller.  At an event that could have highlighted a competitive Republican in a swing district (NH-01 has flipped parties five times in the past seven cycles), the conversation instead was about court proceedings, Russian collusion and cries of "witch hunt!"

You've probably seen the video: Giuliani talking about negotiations between the Mueller team and the White House over whether the president should sit down with the special counsel for an interrogation (which, by the way, is almost certain never to happen) while the local candidate and his supporters look on in frustration.

Did Donald Trump collude with Russia? Did Russian-backed Facebook posts have an impact on this election? We may never know for sure. But what is absolutely certain is that the Russia/Mueller story isn't going to help the GOP hold onto the House.

Republicans in New Hampshire and other purple corners of the country really do have a story to tell in the midterms: A 4.1 percent GDP growth rate last quarter, more available jobs than unemployed workers, and worker pay hitting its highest level since the George W. Bush administration.  This is a story that resonates even in the Granite State, where Donald Trump is under water with the voters by 11 points. In fact, Trump narrowly carried the New Hampshire district where Rudy was campaigning on Wednesday.

But as the Republican faithful witnessed on Wednesday, that conversation was buried beneath the avalanche of collusion talk, all launched by a single presidential tweet.  That one fit of presidential pique made it virtually impossible for Republicans on the campaign trail in districts from the northeast to Southern California to get their messages out.

New Hampshire's Eddie Edwards remains a fan of President Trump, as does his GOP primary opponent, state senator Andy Sanborn. Like most Republican candidates across the country, both would love to get an endorsement from the Big Man in the White House himself.

But watching Giuliani get bogged down in the difference between presidential obstruction versus personal opinion over Trump's call for an end to the Mueller investigation was also a cautionary tale for every GOP congressional candidate: Trump giveth—media coverage, GOP voter motivation, money, etc.—and Trump taketh away.

President Trump loves the campaign trail. He loves his rallies on front of thousands of the faithful. "I will go six or seven days a week when we're 60 days out [from Election Day]," the president said recently." And I will be campaigning for all of these great people that do have a difficult race, and we think we're going to bring them over the line."

Every one of these rallies, however, presents another opportunity for another anti-Mueller rant, or unfortunate off-the-cuff comment about "grocery-store IDs," that can dominate the news cycle and deny the candidates Trump supports the attention they need.

Trump supporters argue that he's going to be the focus of the campaign season whether he campaigns or not -- polls show a candidate's position on Trump is the number one issue for both Democratic and Republican voters -- so he might as well do what he can to get his voters to turn out. The negatives, they argue, are inevitable. Trump might as well maximize the positives.

Republicans continue to trail by seven points in the generic ballot question, and Trump's approval rating remains in the low 40s. And there are fewer than 100 days until the midterms.

That doesn't leave these Republican candidates much time to do the hard job of winning a competitive election in a tough, anti-GOP environment. But it leaves the president plenty of time to make their jobs harder.