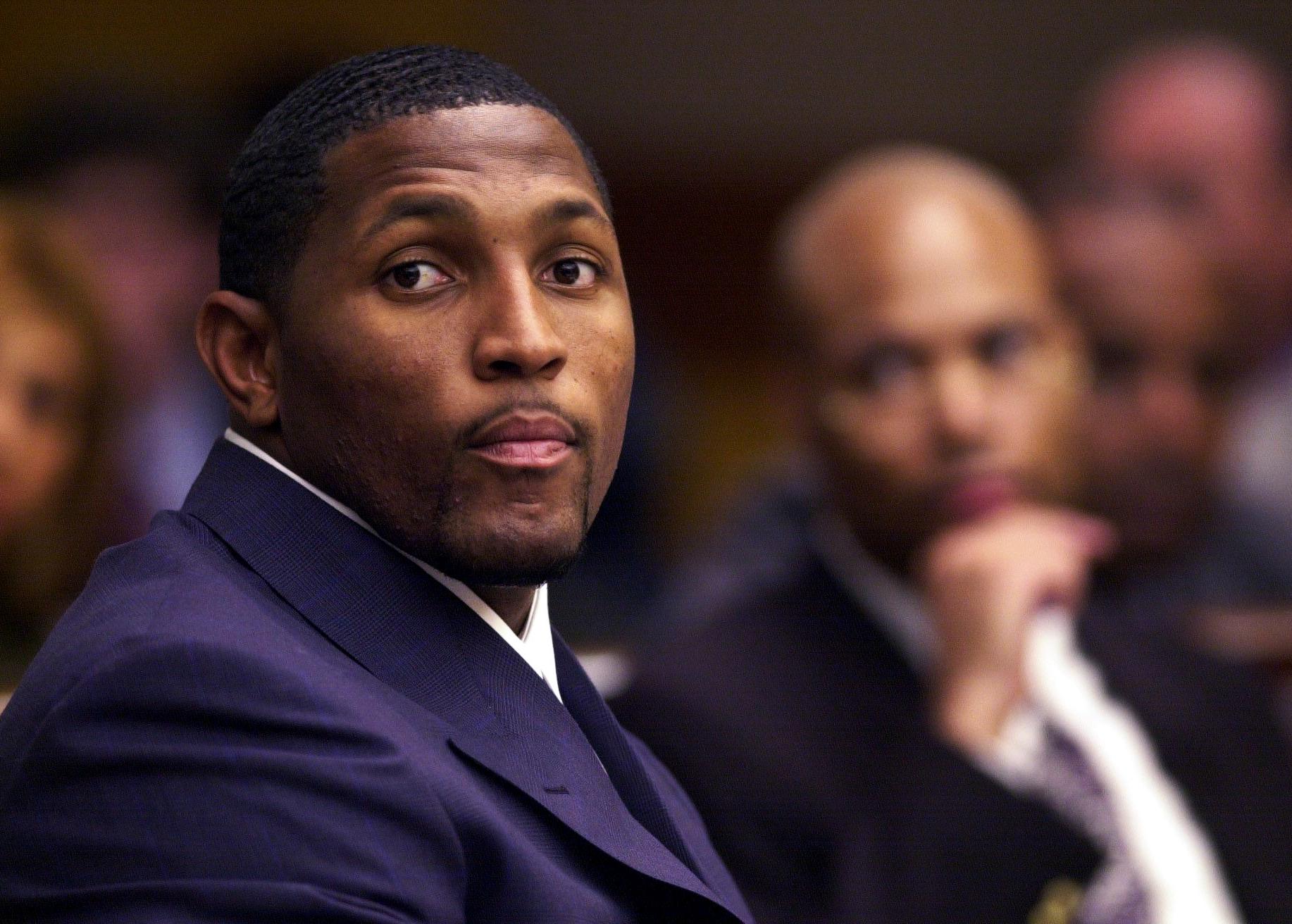 This post was written by Eric Thomas of CBS Sports Radio's 97.1 The Ticket in Detroit

Ray Lewis seems poised to ride into the sunset like Jerome Bettis if the Ravens win in the linebacker's second championship game. Lewis looms large in a Super Bowl without superstars and gets the reflected glow of the big game. That spotlight exposes some gnarly fissures on him; some scabbed over scars of whispers and rumor. Self righteous types cluck their tongues to this day and mouth the word: "Murderer."

His trial was thirteen years ago, so memories faded. When facts fall out of the mouths of commentators, there is a fast and loose quality to them. I have read articles recently shaded to indicate Lewis' implication in the murder and some that are flat out false.

There is prejudice here. It is undeniable that many associate Lewis' case with the Simpson case. They fill in the parts they don't know with details from OJ's eventual acquittal.

1. Ray Lewis was involved in a murder. Ray Lewis was an eventual witness in a murder case. He was charged with the murder of Jacinth Baker and Richard Lollar along with his two companions Reginald Oakley and Joseph Sweeting. The murder charges stemmed from a vicious fight in Atlanta streets following a Super Bowl Party in 2000. Eventually, the case ended with the defendants acquitted for reasons of self defense. In the eyes of the court, no murder took place.

2. Ray Lewis' friends went to jail to protect him. This is in a lot of blogs and opinion pieces. It's just not true. No one in this case went to jail.

3. Ray Lewis refused to testify against his friends in the murder trial. It's the opposite. Ray Lewis started the trial at the table with Oakley and Sweeting. He flipped, pleading down to an obstruction of justice charge in exchange for testimony. Lewis was the state's star witness. Some sources say the three men were no longer friends because of the alleged betrayal. Ironically, the only person to serve any sentence in this case at all was Lewis. Had he not flipped, he likely would have walked away with the same acquittal as the other defendants.

4. The murders were never solved. This is written a lot, along with something to the effect that no other suspects were ever arrested. It doesn't seem to be in dispute that Oakley and Sweeting killed Baker and Lollar. The jury found that it was self defense after only a few hours of deliberation.

5. Ray Lewis is a murderer. Ray wasn't involved in the fight that killed the two men. His companions were. Lewis wanted no part of the fight, but not for some moral or noble reason. He wanted to avoid the conflict because he was concerned it might hurt his NFL career. Throughout the process, Lewis seemed consumed with protecting his then burgeoning NFL superstar status. He made them promise silence in the limo afterward and lied to police the morning after. He flipped on his buddies to avoid scrutiny.