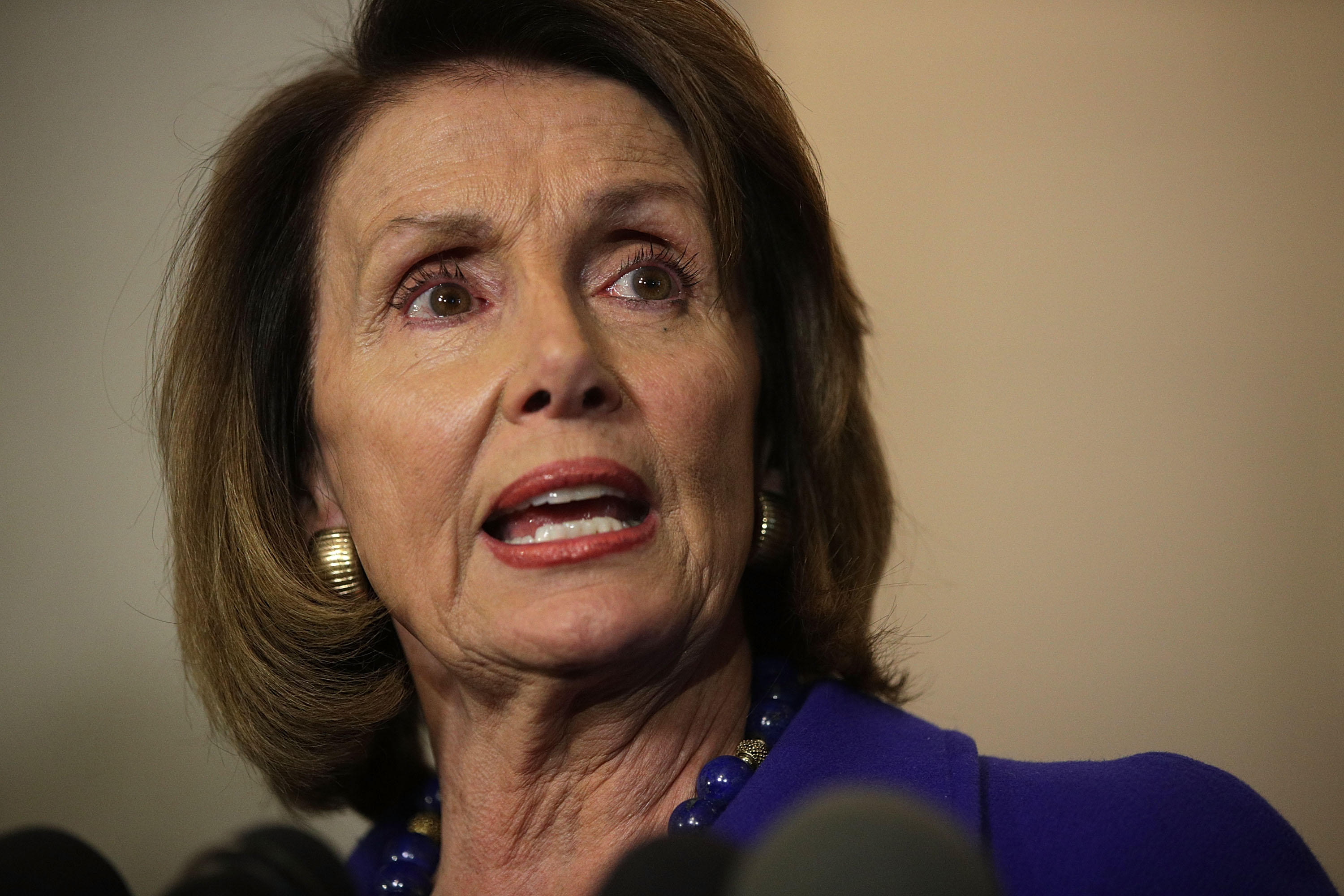 "Impeach? The president? Who, us?" Why, Democrats can't imagine where in the world you got such an idea.

Impeachment is a "divisive issue," and "not the path the party should go on," says Nancy Pelosi, who's likely to be the next speaker of the House. "Not a priority."

Her top lieutenant, Democratic Whip Rep Steny Hoyer, D-Maryland, agrees. "We need to focus on taking back the House," not on impeachment, he advises.

"Not politically viable" adds the number two Democrat in the Senate, Dick Durbin of Illinois, who opines that it's "too early in the process to be using these words."

And backing the Democrats up, their allies in the media where, literally every day for at least a week, some national political publication or major newspaper has run a headline like this one: "With House Majority at Stake, Dems Don't Want to Talk About Impeaching Trump."

Democrats want moderate and swing voters to know that, if they do happen to win control of the House of Representatives, nobody is talking about impeaching President Trump….except everybody.

Despite the gallons of media ink and hours of airtime spent pushing the "Dems Don't Do Impeachment" narrative, this is less a political strategy and more of a forlorn hope. Pelosi and Schumer can try to tamp down the #ImpeachNow rhetoric, but actual Democratic voters are talking about little else.

Polls consistently show that between 60 and 80(!) percent of Democrats want their party to start impeachment as soon as Nancy Pelosi gets her hand on the gavel. A recent New York Times article on congressional races in North Carolina found that out on the campaign trail, there's a nonstop torrent of impeachment talk from voters in both parties.

And why is the base talking impeachment? In part because of the way their elected Democrats have been talking about President Trump.

For nearly two years, prominent Democrats have been arguing that the Trump presidency is illegitimate. Some members of Congress even refused to show up for his inauguration, announcing to their base from the beginning that Trump wasn't really elected president.

Liberals have pushed the #RussiaGate narrative with the phrase "hacked the election," knowing that, to many rank-and-file Democrats, those words mean more than just posting Facebook ads. The suggestion behind a "hacked election" is that Russia actually changed the vote count and stole the White House from Hillary Clinton.

The same Rep. Hoyer who dismisses impeachment talk as unproductive has accused the president of "treason." Sen. Schumer says Trump's presidency is so riddled with corruption that his Supreme Court pick shouldn't be allowed on the court.  Elected Democrats regularly call the president a "crook," a "racist," a "sexual predator" and a "psychopath."

On Bill Maher's HBO show, top Trump critic and former CIA Director John Brennan agreed that Trump is "third great crisis" to hit America, behind only the Civil and Revolutionary Wars. He's worse than 9/11, worse than the Depression.

Donald Trump: Worse than the Great Depression. And liberal Democrats aren't going to impeach him? If they believe what they're saying, don't they have to?

The Democratic base has certainly rendered its verdict. In the latest Gallup poll, Donald Trump's approval rating among Democrats is seven percent.  As in "single digits." It's never been above 13 percent among Democrats at any point during his presidency.

By comparison, President Obama began his presidency with 41 percent approval among Republicans and, while it eventually faded, his first two years he never had the level of partisan opposition Trump does.

They've called him a traitor, they've declared his presidency illegitimate, they've convinced their base he's all but a Russian asset—but Pelosi and Company want swing voters to believe that if they win the House, they'll just shrug it all off and start working with President Trump on an infrastructure bill?  Not even progressives are buying that.

"If you are saying that the president of the United States has abused his office, if you are suggesting that he's doing things that are clearly impeachable, but then you say, well, but let's not talk about impeachment, that creates an unreality to the discourse," says John Nichols of The Nation.  "And I think, frankly, it's not appropriate."

"Now that Trump's personal lawyer has implicated him in a crime, not supporting impeachment feels like a dodge," says Ben Wikler, Washington director for the liberal advocacy group MoveOn. "It's not something you can bury your head in the sand and ignore."

And Democrats aren't. They're just pretending to. In fact, the Washington Post ran an article last December headlined "Forget What They Say—House Democrats Are Readying for Impeachment."

Of course they are — in part because they have no choice.

Even if a future Speaker Pelosi wanted to "MoveOn.Org," she couldn't—any more than Republicans could avoid voting on an ObamaCare repeal-and-replace plan once Trump was in the White House.  A party can't spend years telling voters "This [Obamacare or Trump] is so horrible, we must end it," and then, once in power, simply tell its base to put down the pitchforks, douse the torches and go home. If the Democrats elected by their Trump-hating base won't get rid of him, these primary voters will find some who will in 2020.

Whether the midterms are a #BlueWave or a #TealTrickle, if the Democrats win the House, the result will be an #ImpeachmentTsunami from their Democratic base.  With another election just two years later, the last thing newly-elected House Democrats are going to do is #Resist.