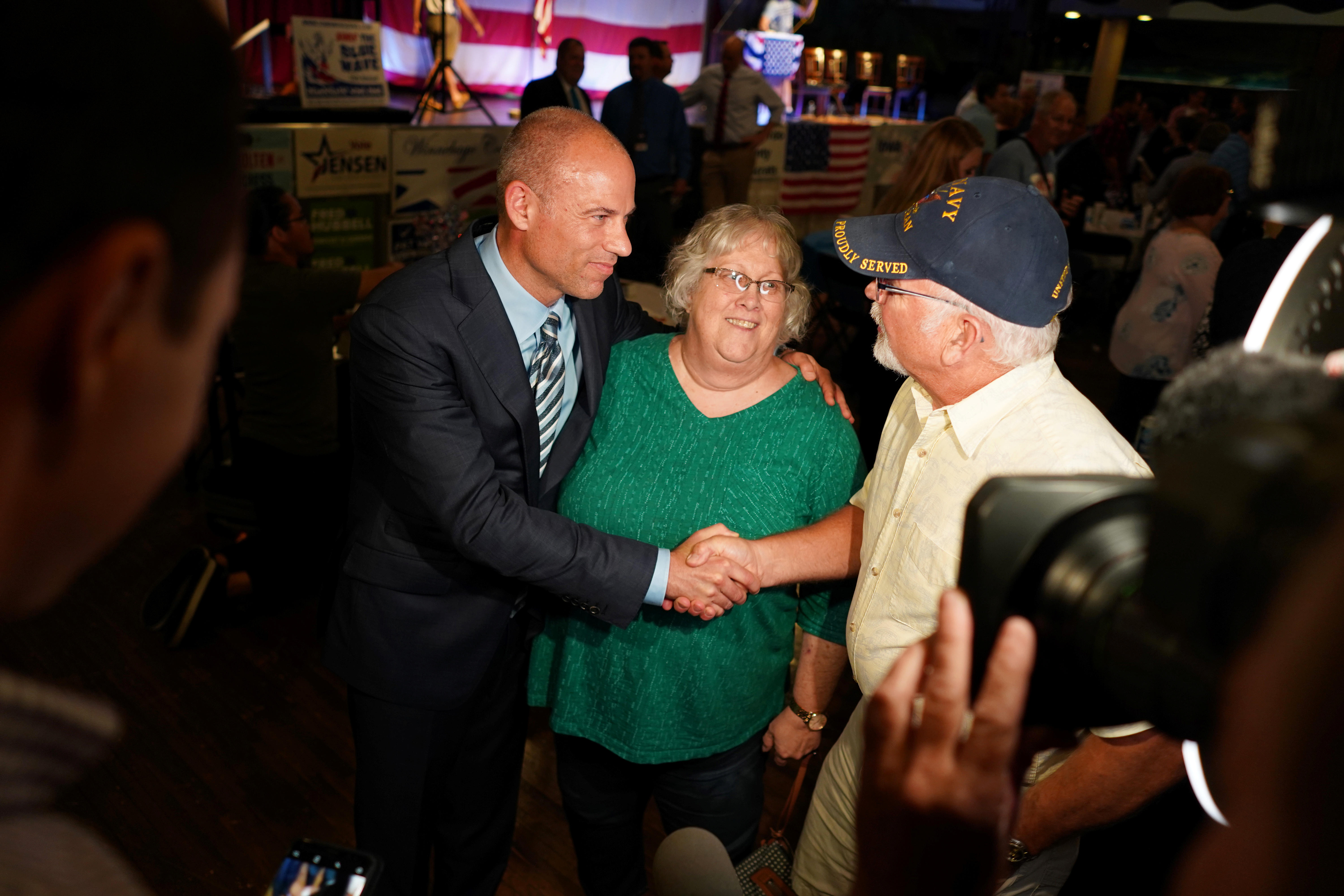 Michael Avenatti has never run for public office, he runs a law firm that's still resolving a messy bankruptcy settlement, and his most famous client is the star of "Hall Pass Hotties." And he is seriously considering a run for the White House.

If you don't think he can win, you haven't been paying attention.

On Sunday, more than two hundred Democrats flocked to a party fundraiser picnic in New Hampshire, and they weren't there for the hot dogs. They wanted to hear Avenatti deliver what has become his signature line:

"When they go low, we hit harder."

It's an aggressive variation on former First Lady Michelle Obama's mantra, "When they go low, we go high." As far as the energized anti-Trump Left is concerned, Obama's version turned out to be dangerously naïve. These passionate progressives (and Democratic primary voters) aren't interested in rising above the fray—they want a fight. And Michael Avenatti is presenting himself to the Des Moines, Iowa "Wing Ding" crowd and the Hillsborough County, New Hampshire crowd as exactly that: A battler who's ready to throw down with Donald Trump.

"This president — no matter how corrupt or cruel he is, he knows how to fight," Avenatti said. "What I fear most is that (Democrats) have a tendency to bring nail clippers to a gunfight."

Avenatti isn't the only TV-friendly Democrat who feels this way. Rev. Al Sharpton, who ran in the 2004 Democratic primary, said earlier this summer he fears Donald Trump may be re-elected because the mainstream Democratic candidates are "too tame to deal with an untamed opponent."  As a result, he says he hasn't ruled out another run.

Michael Avenatti is making it clear that "tame" is not what he has in mind. Not long ago he tweeted this:

"The candidate in 2020 better be a take-no-prisoners street fighter who is prepared to go 15 rounds in a VERY brutal campaign," Avenatti tweeted recently." It will be a cage match like no other in modern times."

Not everyone in the Democratic Party agrees.  Democratic consultant Jennifer Burton told the LA Times "We're not going to beat Trump by out-Trumping him. Voters want sanity and balance and reason and dignity."

Perhaps.  But are these "balance and reason and dignity" voters also the 65 percent of Democrats who want immediate impeachment proceedings against President Trump? The 72 percent who want to abolish the Immigration and Customs Enforcement agency? The people who are showing up a restaurants to shout down Trump officials trying to eat lunch?

It's tempting to look at the mixed results in the Democratic primaries for the more progressive candidates and see a party that's moderating itself.  But many of the Bernie-Sanders-backed candidates weren't as experienced, well-funded or well-known in their races.  The argument has come down to "extremism vs. electability," and electability appears to be winning.

"Show me somebody that hasn't had any controversy in their past," Avenatti said, "and I'll show you somebody who shouldn't be the president of the United States, okay?"

This is Trump-level audacity and Avenatti appears to be embracing it without apology.  He's part of a "let it fly" liberalism that's on the rise.  In New York, Gov. Andrew Cuomo tells a crowd what some on the far-Left believe: "America has never been great."

Cuomo was, in part, responding to leftward pressure from his primary opponent, former Sex And The City" star Cynthia Nixon, who recently urged her fellow Democrats: "Republicans are going to call us socialists no matter what we do, so we might as well give them the real thing."

Avenatti's "all offense, no apologies" ethos is also tapping into an unspoken desire among Democrats: They are jealous of Trump. They see him unloading without apology against his enemies and (in their opinion) pushing his right-wing governance without compromise—and they envy him. They cheered when Hillary Clinton called millions of voters part of the "basket of deplorables," and they don't want to hear that it was a political mistake. They want to double down.

Michael Avenatti is ready to do just that.  And it's entirely possible that he and his "cleats high" brand of campaigning may get a serious shot from the Democrats. If you don't think he will, the question for you is "Who else?" Battling Joe Biden?  Liz "Warpath" Warren?  These mainstream Democrats will never go "Full Trump."

Michael Avenatti will. In fact, in some ways he already has. And Democrats in 2020 may demand nothing less.

Editor's Note: This commentary has been updated to note that the law firm's bankruptcy case was dismissed earlier this year.