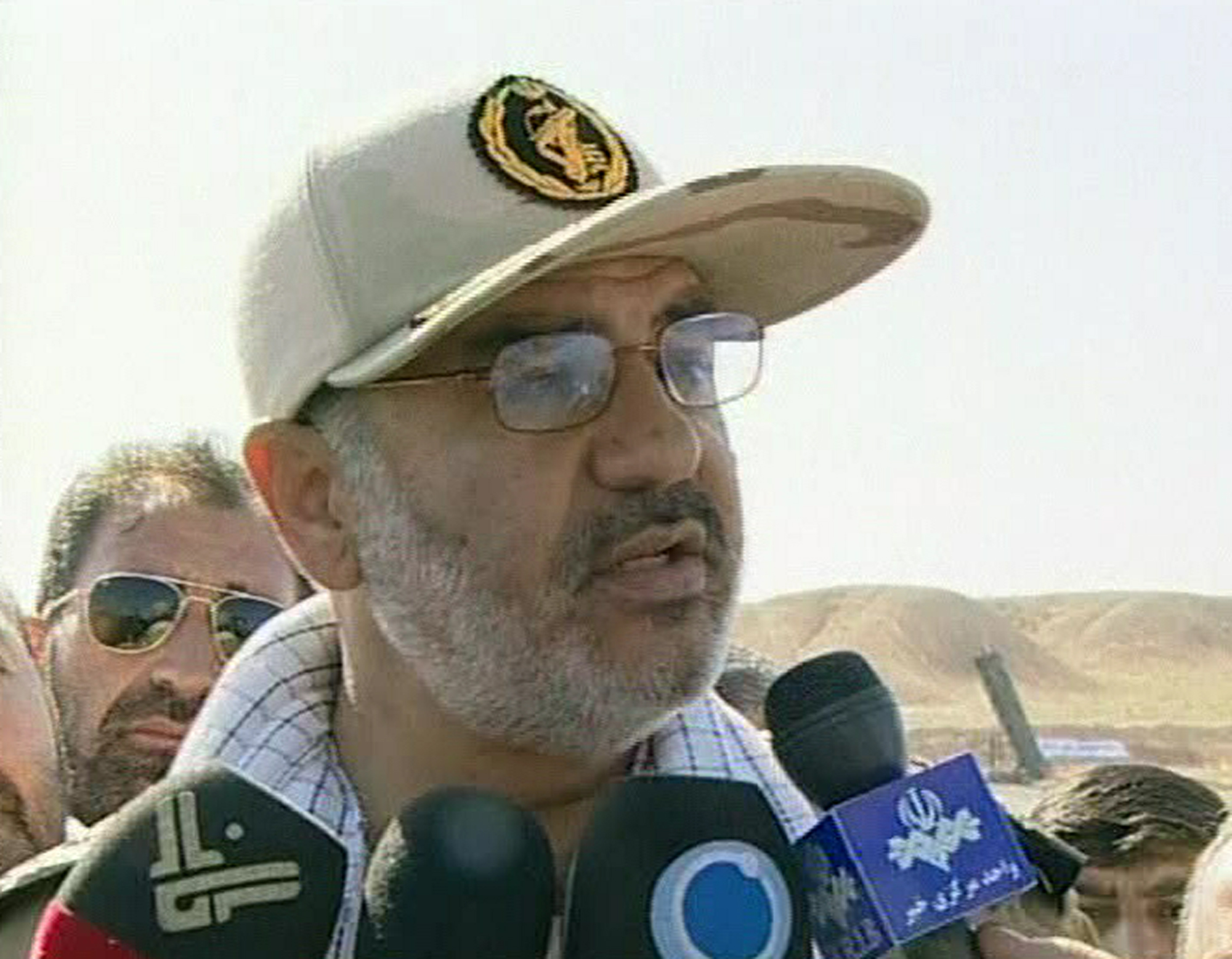 The remarks by Gen. Hossein Salami appear to be part of Iranian efforts to portray any strike against it as the trigger for a regional conflict that could draw in Iranian proxies, such as Lebanon's militant Hezbollah group, on Israel's borders.

Iran's suspect nuclear program has topped the international agenda and pressures on Tehran are mounting.

Israel has threatened to strike Iran's nuclear facilities if Tehran doesn't stop uranium enrichment - a process that can be a pathway to nuclear arms. The West and its allies fear Iran's ambitions mask a pursuit of atomic weapons, a charge Tehran denies, saying its nuclear program is only for peaceful purposes such as power generation and cancer treatment.

Salami was quoted by the semi-official ISNA news agency as saying Iran has prepared for "global battles."

"An attack by the Zionist regime would be an opportunity to destroy that regime," he said, speaking of Israel. "Their defense mechanism is not planned for big and long wars. Their threats are only psychological and if they cross the limit or act upon those threats, (Israel) will definitely be destroyed."

Salami spoke on the sidelines of urban combat drills in Tehran by some 15,000 paramilitary fighters known as Basiji, who are controlled by the Revolutionary Guard.

The exercises were dubbed "Ila Beit ol Moqaddas," or Toward the Holy City, meaning Jerusalem. The war games include drills on defending against mock air raids and other threats.

"We have prepared our security and defense infrastructures for global and big battles," Salami said. "There is no failure in our defense system."

He also reiterated statements by other Iranian officials who this week insisted that Iran can ride out Western economic pressures aimed at reining in the uranium enrichment.

The 27-member European Union on Monday banned imports of Iranian natural gas and imposed other restrictions on trade and financial dealings. The measures are in line with the West's two-pronged strategy that includes a mix of sanctions and diplomacy to try to force a halt to Tehran's uranium enrichment.