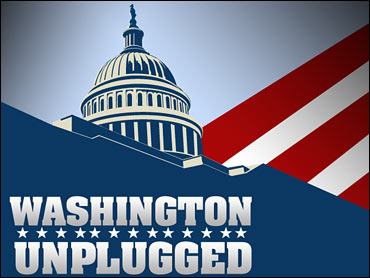 (CBS)
The European Union Ambassador to the United States John Bruton will be a guest on Washington Unplugged, CBSNews.com's weekly political Web show.

Slate Magazine's Chief Political Correspondent John Dickerson will be sitting in for regular anchor Bob Schieffer and will talk to Ambassador Bruton about the kind of reception President Obama will revieve in Europe next week and the former EU President's comments that the Obama stimulus plan is a "way to hell."

White House Correspondents Chip Reid and Peter Maer will join the roundtable to discuss Afghanistan and the President's looming G-20 and NATO Summits.

Finally, we will sit down with Pulitzer Prize winning Washington Post cartoonist Thomas Toles to discuss life on the funny pages.

Washington Unplugged is a hard-hitting, politics-centered Webcast focused on the news driving the week, and features CBS News Washington correspondents as well as political analysts and pundits. Check it out at 2 p.m. ET on Fridays at www.cbsnews.com/washingtonunplugged.