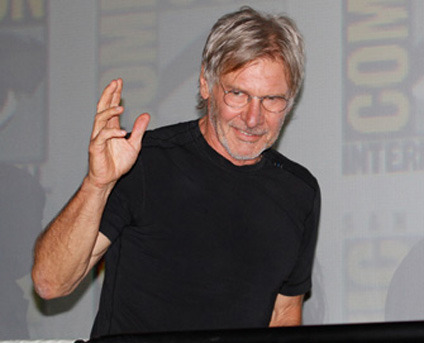 NEW YORK (CBS) Comic-Con 2010 came to a close on Sunday after four-days of pop-culture fun.

The annual event not only reeled in thousands of loyal fans, but also some of the biggest names in Hollywood.

A-listers like Bruce Willis, Will Ferrell, Jeff Bridges, and Angelina Jolie, among others, descended upon San Diego to unveil their latest movie projects.

On Saturday, actor Harrison Ford made his first ever Comic-Con appearance to promote his upcoming flick, "Cowboys and Aliens."

The audience went wild after the Oscar-nominee came out on stage, handcuffed and escorted by two guards.

Harrison was introduced by Jon Favreau, the film's director. "Cowboys and Aliens" is slated for a summer 2011 release.

Other highlights included a surprise screening of "Scott Pilgrim vs. the World" followed by a concert by rock band Metric and appearances by Natalie Portman and the cast of HBO's "True Blood".

Actor Samuel L. Jackson also made an unexpected appearance at the sold-out event to introduce the cast of Marvel's highly anticipated superhero film "The Avengers."

Fans packed in Hall H learned that Mark Ruffalo will portray The Hulk and Jeremy Renner ("The Hurt Locker") will play the role of Hawkeye in the Joss Whedon-directed flick.