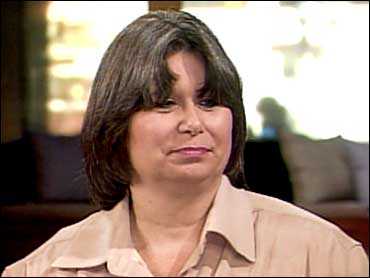 "I've never felt my age," Kelly tells The Early Show co-anchor Rene Syler. "I've always felt younger than I am, but now I think I feel -- I look - almost the age I feel."

Last February, Kelly was part of The Early Show 's Week of Wishes. She had lost over 75 pounds and had asked for a tummy-tuck and chin implant.

Park Avenue plastic surgeon Paul Lorenc agreed to do those surgeries and more.

He has an operating room at a hospital next door to the swanky Half Moon Bay Resort in Montego Bay, Jamaica, and that's where he did the surgery in May. He gave Kelly an endoscopic browlift, a facelift including neck reduction, a chin implant, abdominoplasty, liposuction of the hips, and botox and restylane injections.

On Thursday's The Early Show, Kelly showed off the results, which she calls "amazing."

Tears stung her eyes as she looked at images of her previous self and expressed gratitude: "Well, just knowing how far I've come along and how much the lord - and my husband and y'all - have helped me."

Of course, she continues to do her part. She has lost another 20 pounds since the surgery.