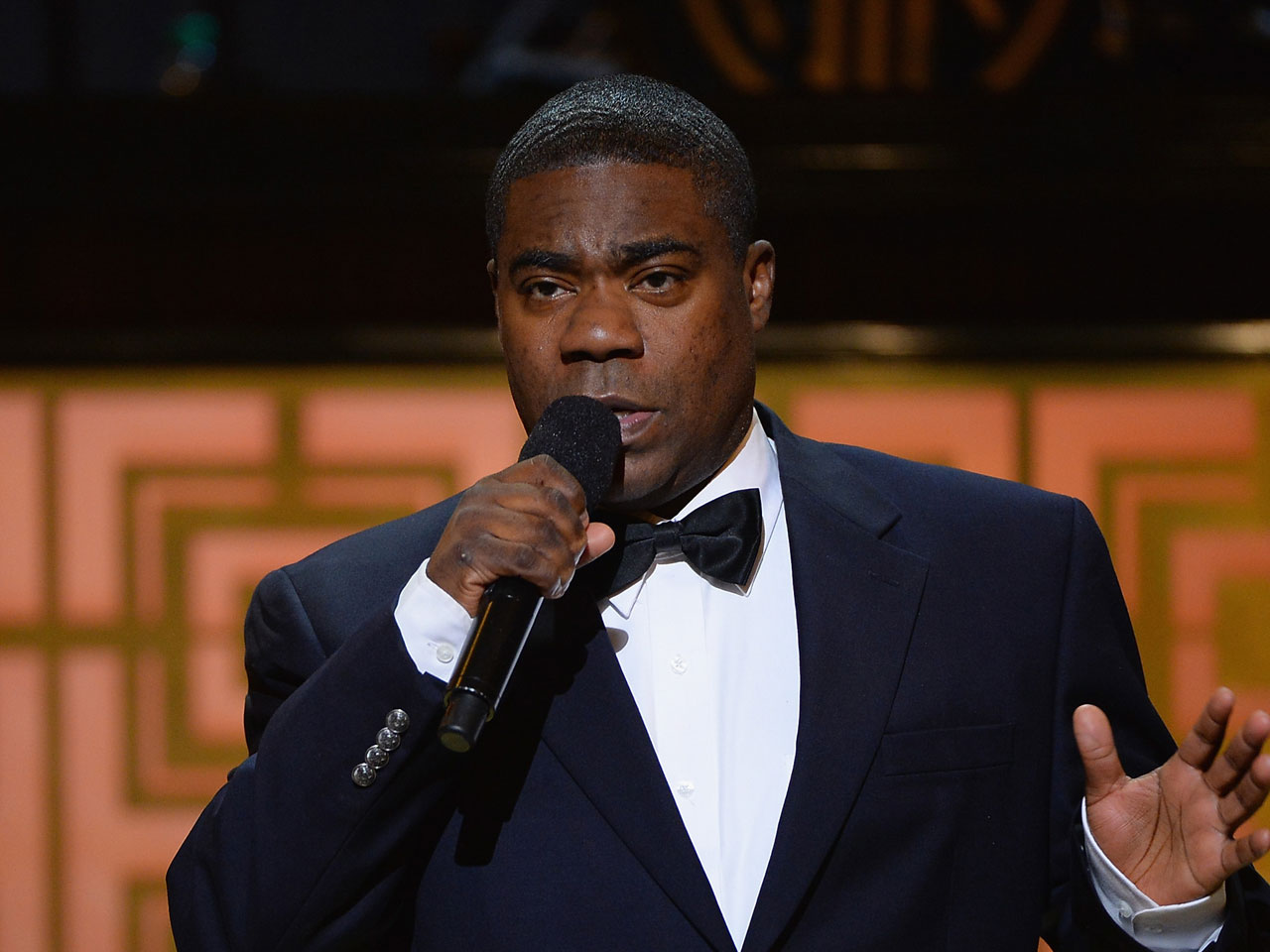 A comedian was killed in an accident on the New Jersey Turnpike that also critically injured Tracy Morgan. The accident has been on the minds of comedians coast-to-coast.

A chain reaction crash killed 62-year-old James McNair better known as Jimmy Mack. McNair, in addition to being a stand-up comic, was one of Morgan's writers, reports CBS Los Angeles.

He and Morgan were riding with three others inside a limo bus that was taking the performers and members of their entourage home from a standup comedy show in Delaware.

Morgan was touring with the other comedians nationally in a show called "Turn it Funny."

CBS Los Angeles spoke to many friends and colleagues in the comedy community.

"It just breaks our heart to see this happen," said Jamie Masada, owner of the Laugh Factory on Sunset Boulevard in West Hollywood.

Masada has known Morgan for 15 years. Morgan -- well known from his stints on "Saturday Night Live" and the sitcom "30 Rock," performed at Laugh Factory numerous times.

The Laugh Factory owner was also saddened to hear about McNair's passing.

"Anytime we lose a comedian, we just shouldn't because they're all a doctor of the soul," Masada said.

Another comedian, Ardie Fuqua Jr. was critically injured as was 36-year-old Jeffery Mala. Both men, along with Morgan, remain in critical condition. A fifth man in the limo bus was treated at a hospital and released.

Morgan's publicist released this statement saying, "His family is now with him and he is receiving excellent care. We don't anticipate much of a change in his condition today."

Police say a preliminary investigation says the driver of a Walmart truck apparently didn't notice slow traffic ahead and he slammed into the back of Morgan's vehicle setting off a chain reaction involving four other vehicles. None of the occupants of the other vehicles were injured, authorities said.

Walmart's CEO Bill Simon told the Associated Press the company is aware one of their trucks was involved and the company will take full responsibility if authorities determine its truck caused the accident.

The truck driver, identified as 35-year-old Kevin Roper, has been charged with one count of death by auto and four counts of assault by auto, according to the Middlesex County Prosecutor's Office.

Comic Paul Rodriguez and good friend of Tracy Morgan's is sending his prayers.

"We hope that he sticks around, we pray that he continues to make us laugh," Rodriguez said.

Other comedians took to Twitter to express their hopes and concerns.