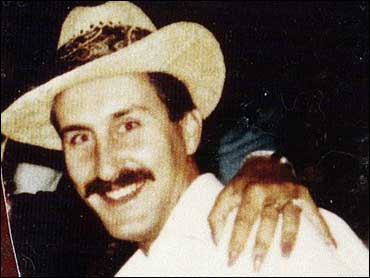 The lone survivor of the airliner crash near Lexington's airport that killed 49 people was released from a hospital Tuesday to begin several weeks of rehabilitation.

James Polehinke, co-pilot of Comair Flight 5191, had been at the University of Kentucky Hospital since the Aug. 27 crash in a farm field just outside Blue Grass Airport.

University spokesman Jay Blanton said the family asked that he not release Polehinke's condition or the location of his rehabilitation.

Earlier Tuesday, in a phone interview with The Associated Press, Polehinke's mother, Honey Jackson, said she thought it was too soon for him to be released but that he was eager to leave the hospital.

"I want my son to walk out of Kentucky," Jackson said. "I don't want him in a wheelchair. Got to stay strong. Got to believe in miracles."

Polehinke was pulled from the wreckage but all 49 others aboard the regional airliner died. He has undergone surgeries to amputate his left leg, stabilize his spine and repair other injuries.

Doctors say he also suffered some brain damage, which is causing memory loss, and Jackson said Polehinke has no memory of the crash or the day before. Investigators for the National Transportation Safety Board haven't spoken with him, Jackson said.

"My son is not ready to speak with anybody," Jackson said. "He's been through hell. He's still going through hell."

According to federal investigators, the flight's captain, Jeffrey Clay, taxied onto a runway that was too short before Polehinke attempted to get the plane airborne. The plane crashed a short distance from the end of the runway.

Polehinke had a clean record as a pilot, with no accidents or mistakes, authorities said.

He knows he is extremely lucky to be alive, Jackson said.

"He's an absolute miracle," she said. "I think he's going to go down in the medical history books."