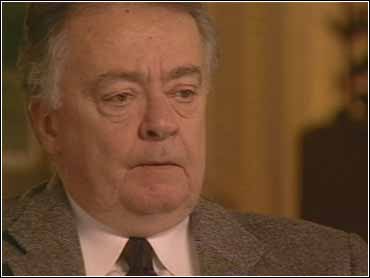 A year before the attack, Joe Schallmoser and Howard Cornell were worried that Columbine was just the kind of place where a school shooting might happen. They were in charge of security for the school district that included Columbine. After the shootings in Paducah, Ky., and Jonesboro, Ark., they were afraid that one of their schools might be next.

In August of '98 - a full eight months before the attack on Columbine - Cornell and Schallmoser wrote a security plan that required school officials to notify and meet with parents and law enforcement officers as soon as they learned of "a threat by any student" to "commit any act of violence." They say Columbine didn't follow the plan.

When Cornell and Schalmoser presented their plan to Columbine, the school had already been alerted that one of its juniors, Eric Harris, might be dangerous. At night, Harris and his friend Dylan Klebold had been building an arsenal and making plans to use it - plans that Harris wrote about on the Internet, on his Web site.

In 1998, Brooks Brown was a junior at Columbine. That March, he found his name on Harris' Web site. Harris was threatening to kill him.

"When I first saw the Web pages, I was utterly blown away," Brown says. "He's not saying that he's gonna beat me up, he's saying he wants to blow me up and he's talking about how he's making the pipe bombs to do it with."

Brooks' parents, Randy and Judy Brown, say they were horrified by the Web site and frightened of Harris, who lived nearby. They decided to take pages from the site to the Jefferson County Sheriff's Office, where an investigator told them that Harris already had a criminal file. He and Dylan Klebold were on a form of probation, for breaking into a van and stealing equipment.

"I was utterly dumbfounded that they did nothing with the Web pages," says Brooks Brown. "Eric was saying how he was gonna blow people up. 'Hey, I'm making pipe bombs. I'e got the designs for them on my Web site. I'm gonna kill these people. Here's why.' That's a level beyond making a joke."

At first, the sheriff's department denied its investigators had even met with the Browns in person. But we obtained this police paperwork, showing those investigators not only "met with Mrs. Judy Brown," but then worked on a warrant to search Eric Harris' home. Even more surprising, one document shows a sheriff's deputy found "a pipe bomb… consistent with the devices" Harris described on his site. But the sheriff's department never searched - or even visited-the Harris home. It was April of '98 - a full year before the Columbine massacre.

"People are covering up everything that went wrong and I want those lessons out there," says Judy Brown. "They're doing studies, they're getting profiles. Everybody's trying to get programs going and what we can do. Well guess what? All the signs were there. You know what the lessons are? Do your job."

After their meeting with the Browns, sheriff's deputies did warn administrators at Columbine that Eric Harris might be making pipe bombs. But according to a school district official, Sally Blanchard, the school had no reason to look into the matter further.

"The deans were told that there was an investigation under way," says Blanchard. "That they weren't to do anything. That it was informational on their part, only. So they actually took no action because certainly they wouldn't have wanted to interfere with an ongoing investigation."

Columbine's administrators admit that didn't include speaking to his teachers, family, or friends about him. One of those friends, Nate Dykeman, says that Harris and Klebold were showing off their weapons to people, long before they attacked Columbine. One day at Harris' house, Dykeman says, Harris showed him a pipe bomb.

Devon Adams was a sophomore at Columbine in 1998, when she found her name on Harris' Web site - on his hit list. She says that she told an assistant principal at Columbine that Harris had threatened her. The assistant principal now denies that Adams ever spoke to her about Harris. By that time, Klebold and Harris had already bought a rifle, a semiautomatic pistol and two sawed-off shotguns.

According to Dykeman, Harris and Klebold also made video tapes of themselves shooting their guns and played them in school. School district officials say because of pending lawsuits they cannot disclose whether any teacher saw videotapes of Harris and Klebold's guns.

Says Blanchard: "What people saw in the school were that these two were going to classes every day, they had friends, they were turning in assignments, they were working towards higher grades in their classes, they were planning the future."

In February of '99, Dylan Klebold turned in a story he wrote about an assassin in a black trench coat who shoots down students and bombs the city. "The man unloadeone of the pistols across the fronts of [the] four innocents," Klebold wrote. "The…streetlights caused a visible reflection off of the droplets of blood…I understood his actions."

Klebold's teacher later called it "the most vicious story she'd ever read," and voiced her concerns about it to Klebold's parents and his school counselor. But no school official ever looked into the matter, and it ended there. It was two months before the shootings.

According to Howard Cornell, that story gave Columbine's administrators yet another opportunity to head off Klebold and Harris - and yet again, they missed it.

In a letter, school district officials said that Cornell and Schallmoser's plan applied only "when a district employee 'becomes aware of a student who threatens to kill someone" - a standard they say didn't apply to Harris or Klebold.

But that's not what the plan says. The plan goes into effect when a student threatens "to kill another student or commit any act of violence." That standard did apply to Eric Harris.

Where were Harris and Klebold's parents all this time? They have never spoken publicly about Columbine, but in police interviews they said they had no idea about the arsenal of weapons their sons were amassing in their bedrooms - including knives, guns, cans full of gunpowder, coils of bomb fuse, and bombs - more than 100 of them, including pipe bombs, propane bombs and homemade grenades.

At night, while their parents were asleep, Harris and Klebold made video tapes in which they talked about all the weapons they had. Harris imagined his parents saying, "If only we had checked his room. If only we had asked more questions."

Two years after the shootings, families of the victims say they still don't know exactly what happened that day at Columbine, and whether their children might have been saved. Sheriff John Stone isn't talking - not to the families, not even to a Colorado Governor's Commission investigating the shootings.

The families have gone to court - they've filed nine separate lawsuits against the sheriff's department, the school district and the parents of Eric Harris and Dylan Klebold.

And yet, in spite of all its unanswered questions, some good has come out of Columbine. Young people are speaking up when they see signs that other kids may be planning violence, and police throughout America are being trained to act immediately when a killer takes control of a building - and not to stand by and wait for the SWAT teams to arrive.

Still, Columbine would seem to be the place where we can learn the most about school shootings and how to prevent them in the future. But two years have gone by, and some of those who know the most - school and police officials - are still not telling us everything they know.